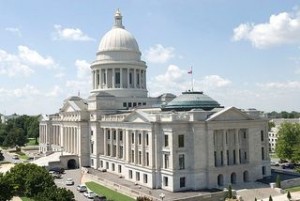 AN ACT TO PROTECT RIGHTS AND PRIVILEGES GRANTED UNDER THE UNITED STATES CONSTITUTION AND THE ARKANSAS CONSTITUTION; AND FOR OTHER PURPOSES.

One of these organizations is the Arkansas Public Policy Panel.  Let’s take a look at their wording from their website, in quotes.  (This is NOT an endorsement for this organization.  Font color has been added to draw your attention to U.N. Agenda 21 buzz-words and phrases of concern.)

Arkansas Public Policy Panel is a non-profit organization founded in 1963. We work for social justice by helping community people to organize, to grow as leaders, and to influence public policy at the local level and the state level. The Panel provides organizing, training, leader development and strategic planning services.

Social and economic justice is our highest value. This value is advanced through respect for human dignity; embracing diversity and inclusiveness; empowerment; and a political process which is inclusive, fair and transparent.

Arkansas is a place where an enlightened and empowered population ensures that the economic, social and political resources are managed to serve the public good and the state’s natural environment is respected and nurtured.

Arkansas Public Policy Panel is a statewide organization dedicated to achieving social and economic justice by organizing citizen groups around the state, educating and supporting them to be more effective and powerful, and linking them with one another in coalitions and networks. The Panel seeks to bring balance to the public policy process in Arkansas.”

Whether the wording is
for the collective good, public good, or common good,

it is still Communism!!

Another group that Secure Arkansas has researched that influences public policy is Arkansas Citizens First Congress.   Information shown in quotes below is from their website.  (Again, this is NOT an endorsement for this organization.  Font color has been added to draw your attention to U.N. Agenda 21 buzz-words and phrases of concern.)

“The Arkansas Citizens First Congress is a multi-issue and non-partisan coalition of 49 organizations who work together for progressive changes in state policy.  Coalition members come from all corners of the state and work on many different issues. At the Arkansas Legislature, the coalition members lobby together on a common agenda.  They also watchdog the legislature, and lobby against threats to progressive policy. The Arkansas Citizens First Congress has lobbied lawmakers at the Arkansas Legislature since 1999.“
Here are a few examples of progressive policieslisted on their website that they support and which they ask lawmakers to support.  They’ve entitled these “Ten Priorities for a Better Arkansas”.  (These are actually U.N. Agenda 21/ Sustainable Development policies, including open borders, “going green”, and regionalism!)
“Oppose any state-level immigration policy and oppose punitive anti-immigrant legislation.”
“Develop a Delta regional strategic plan between Arkansas, Louisiana and Mississippi to implement regional solutions to issues prevalent in the mid-south delta region.”
“Protect Arkansas’s water resources by developing a new state water plan.”
Their so-called Broad Platform is found here.  While the statements sound good, again, this is U.N. Agenda 21 at work on a local level.  Remember:  more government control and involvement leads to less freedom.
“Assist local communities in forming Minority Business Associations that would promote the growth and retention of minority businesses in Arkansas.”
“Pass the Main Street Mobility Act to promote inclusive mobility (walking, cycling and transit) and support “complete streets” to enable safe access for all types of transportation.”
“Designate state or national water trails in the Delta and support tax credits for related recreational businesses.”

Check out this link to see how the Sierra Club is tied to the United Nations!

So, here in Arkansas, we have “Community Organizers”, political activists, and numerous other organizations across America working to have U.N. Agenda 21 (more commonly known as “Sustainable Development”) implemented!  We’ve only listed THREE of them.

We would be happy to provide the names and links for others, as this is a matter of concern for all.

The founding fathers gave us a “Republic”, with a Republican form of government, and not a Communist Democracy with a Democratic, socialist government!

Outside Independence Hall when the Constitutional Convention of 1787 ended, Mrs. Powel of Philadelphia asked Benjamin Franklin, “Well, Doctor, what have we got, a republic or a monarchy?”

With no hesitation whatsoever, Franklin responded,
“A republic, if you can keep it.”
— Benjamin Franklin

Source:  as recorded by Constitution signer James McHenry in a diary entry.
Our question to you is:
can we KEEP this Republic?
– – – – – – – – – – – –
*Look for other articles from
Secure Arkansas in the future
regarding the dangers of
U.N. Agenda 21/ Sustainable Development and public policy.*

PLEASE – FORWARD THIS ACTION ALERT TO YOUR ENTIRE LIST:  TO FRIENDS, FAMILY, & OTHER GROUPS.

May our Heavenly Father bless and guide our work,