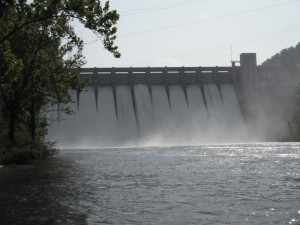 * All Private Property Could be in Danger *
Attention Missouri and Arkansas
Click here for the Secure Arkansas home page
====================================
Famous Quotes
“Property must be secured, or liberty cannot exist.”   – John Adams
“Private property and freedom are inseparable.”   – George Washington
“The duty of a patriot is to protect his country from its government.”   -THOMAS PAINE (1737-1809)
“There’s a plot in this country to enslave every man, woman and child.  Before I leave this high and noble office, I intend to expose this plot.”
– President John F. Kennedy, before his assassination
“There are two ways to be fooled.  One is to believe what isn’t true; the other is to refuse to believe what is true.”
–Soren Kierkegaard (1813-1855)
=======================================
Dam removals have started across the nation.  This is to restore the  rivers back to their natural state.  The United Nations’ position on dams is that they act as an important barrier to fish migration and frequently to the movement and migration of land animals.
Do you think this might be the plan for the White River?

Without the dams, we have no flood control, and we would NOT have any water reserve for long term droughts.

BUT Ken Salazar (previous Dept of Interior Secretary) has plans for ALL 50 states AND Washington D.C!


Click here and read the third paragraph in this article for more information.

(Be sure to click here for the rest of the story – this is happening in TENNESSEE – just next door!  This is VERY dangerous to our private property rights!)
Wednesday, July 25, 2012
On May 21, 2012, Secretary of Interior Ken Salazar identified the Harpeth River Restoration and Lowhead Dam Removal Project as the one project for Tennessee for the America’s Great Outdoors Rivers Initiative.  The Rivers Initiative is identifying projects around the country to serve as models of how to conserve and restore key rivers, expand outdoor recreational opportunities and support jobs in local communities.  This project is one of 51 around the country that the Secretary is highlighting nationwide, one in each state and in the District of Columbia.
============================================
Several states have been affected so far, and more are on the agenda.  We need your help to fight the Federal Land Grabs!

More information about this will be forthcoming…  Stay tuned!