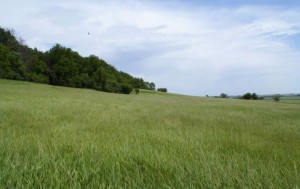 WARNING to Property Owners in these States:

Property owners:  beware!  Once again, there could be another attempt at special land management / rules & regulations in Arkansas.  Do you know anyone who owns livestock, rides 4-wheelers, or enjoys our rivers and streams?  You’ll want to read this entire article.  It IS worth your time.

One on Wednesday, June 4, 2014 from 6:00 p.m. to 8:00 p.m. at the University of Arkansas Community College in Batesville, Nursing and Allied Health Building, Lecture Hall Room 902 at 2005 White Drive in Batesville

Entitled “Protecting the Rights of Property Owners: Proposed Federal Critical Habitat Desginations Gone Wild”, the hearings will address the proposed designation of a critical habitat for the Neosho muckets and the rabbitsfood mussels.  The public is invited to comment on the draft environmental assessment and draft economic analysis of the proposed critical habitat designations.  The deadline for comments in July 14, 2014.

The hearings are open to the public.  Your voice needs to be heard, and your presence is needed.  Please attend one of the hearings in Batesville or Benton to voice your opposition to these proposed designations.

The Service (meaning the U.S. Fish and Wildlife Service) listed these two mussels under the Endangered Species Act on September 17, 2013.  Using the Endangered Species Act, it seems like the government could attempt to seize or control all the land and water they can get their hands on.  There goes our livelihoods!  Keep in mind that the U.S. Fish and Wildlife Service is a federal agency that’s within the U.S. Dept of Interior.

From the Natural Resources web page:

“According to the Association of Arkansas Counties (AAC), the U.S. Fish and Wildlife Service’s proposed rule will designate a total of 769.2 river miles in Arkansas as critical habitat for Neosho muckets and rabbitsfoot mussels. The proposed critical habitat designations will directly impact 31 Arkansas counties and the targeted watershed will cover approximately 42% of the entire geographical area of Arkansas. The AAC’s members are concerned that the “proposed critical habitat designation will result in costly and disruptive impacts that may or may not produce corresponding benefits, in part because so little is known about the specific habitat requirements for these species. The Arkansas Environmental Federation, the Arkansas Association of Conservation Districts and the Arkansas Farm Bureau have concerns as well.“

Did you notice the amount of affected Arkansas rivers?  Almost 800 miles!  See the map.  This will affect over 40% of our state!  It’s our understanding that the Association of Arkansas Counties (AAC), the Arkansas State Chamber of Commerce, the Arkansas Legislature, and Governor Mike Beebe, as well as all 6 members of the Arkansas congressional delegation, have asked for a smaller protection zone for these freshwater mussels.  A “smaller protection zone”??  What does that mean?  Why would our governor or congressional delegation or our legislature be supporting this?  What these groups don’t seem to grasp is that we understand U.N. Agenda 21 / Sustainable Development and how land can be confiscated or locked up under the guiseof environmental protections.   The EPA sees to that.  We know that this critical habitat designation will lead to heavy restrictions on how businesses may function and how property owners may use the water.  The water issue is critical:  control the water, control the people!

An extremely important fact for you to know is, according to this article, the land / water grab attempt goes WAY beyond Arkansas;  it stretches into 11 neighboring states encompassing over 1,600 river miles in total!  The U.S. Fish and Wildlife Service appears to be attempting to grab or lock up land piece by piece.  Alabama, Arkansas, Indiana, Illinois, Kansas, Kentucky, Mississippi, Missouri, Ohio, Oklahoma, Pennsylvania, and Tennessee will be affected.  More specifically, these creek and river areas will be affected (according to this FAQ sheet from the Service):

This probably affects you or someone that you know.

The U.S. Fish and Wildlife Service is saying that critical habitat may require special management for certain activities such as agricultural (includinglivestock); off-road vehicles (such as 4-wheelers); and water diversion (including springs and streams).

IS the Association of Arkansas Counties’ (AAC) proposed resolution to “support the creation of critical habitat…” for muckets and mussels, etc. a remedy… or a trap that will lock Arkansas into an unwarranted and unnecessary federal process pertaining to the protection of endangered species?

We believe the proposed resolution by AAC is worded in a way that would further weaken the constitutional provision of Article 7 Section 28 because it would lump together counties as a unit of cooperation under the non-governmental umbrella of AAC – AND, in our estimation, the counties would then be cooperating mostly with outside stakeholders in a way that would insure the eventual (by 2018) success of this latest revealed environmental/bureaucratic scheme of federal land-grabbing.  Though on the surface, the proposed AAC resolution appears to oppose the wrongful ESA (Endangered Species Act) listings, in reality it would only serve to promote them in the long run.

Again, it is the opinion of Secure Arkansas that the proposed AAC resolution would be a forfeiture by the counties of their opportunity and responsibility to exercise distinct and individual authority of “exclusive original jurisdiction” in all matters pertaining to local concerns, including “endangered species critical habitat”.

“Under the Endangered Species Act, the Service has 135 days in which to complete the consultation process with action agencies.”

This involves federal funding and federal permits and is just the tip of the iceberg.  “No human footprint” seems to be their goal.  The 216-page Draft Environmental Assessment for the Neosho Mucket and Rabbitsfoot Mussels (prepared by the Dept. of Interior / U.S. Fish and Wildlife Service) has this to say on page 4:

“The environmental issues identified by the Service during resource analysis include:  conservation of the Neosho mucket and rabbitsfoot, water resource management, energy development and production, socioeconomic conditions and environmental justice.”  (emphasis ours)

This ties in with U.N. Agenda 21 / Sustainable Development, and you’ve read our emails about that dangerous topic before.  Their objective is to integrate social, economic, and environmental policies to result in social equity, reduced consumption, and preserving/restoring biodiversity.  Proponents of Sustainable Development INSIST that all decisions affecting society should be based on the environmental impact on:  global land use, global education, and global population control and reduction.

Maurice Strong, Secretary General of the United Nations Earth Summit, 1992, and a major promoter of U.N. Agenda 21 had THIS to say about our current lifestyles during that summit:

“Current lifestyles and consumption patterns of the affluent middle class – involving high meat intake, use of fossil fuels, appliances, air-conditioning, and suburban housing – are not sustainable. A shift is necessary which will require a vast strengthening of the multilateral system, including the United Nations.”

From the report from the 1976 United Nations’ Habitat I Conference:

“Land… cannot betreated as an ordinary asset, controlled by individuals and subject to the pressures and inefficiencies of the market.  Private land ownership is also a principal instrument of accumulation and concentration of wealth, therefore contributes to social injustice.”

We cannot have the United Nations controlling our choices regarding food, water, housing, and private property ownership!  Many of you know that we are fighting for our lives against U.N. Agenda 21.  It calls for big changes in the activities of all people.  They want to eliminate or reduce what they consider to be unsustainable activities.

COMMUNITIES AFFECTED in ALL 12 STATES:

Click here to view pages 213 – 215 of the Draft Environmental Assessment for the Neosho Mucket and Rabbitsfoot mussel which shows the communities affected by the critical habitat designation for all 12 states.

ACTION REQUIRED:  If you’re concerned about this, contact Mark Pryor’s office.  Here is a link to the bill concerning the Endangered Species Act.

Also, PLEASE call your county judges and JPs (Justices of the Peace) and tell them to VOTE NO on the Association of Arkansas Counties’ resolution that supports the CREATION of critical habitat.  Otherwise, we believe the final outcome will be dangerous.  Make sure you obtain the email addresses and phone numbers of your local elected officials today.

Click here to read one of our many past articles about this issue.

We appreciate your support on this.  Please remember to forward this email to your email list.