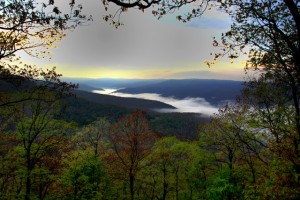 Is a Call for a Constitutional Convention

Barry Goldwater said: “[I am] totally opposed [to a Constitutional Convention]…We may wind up with a Constitution so far different from that we have lived under for two hundred years that the Republic might not be able to continue.”

The Freedom Amendments will lead us to Sustainable Development. Why would we come to this conclusion? Because of the Policom Corporation. Look at their clientele. These are sustainable developers. Are the Municipal Leagues, Bankers Associations and Economic Development Councils U. N. Agenda 21? Yes! And the Republicans are leading the way for this Con-Con to be passed, backed by the evil Policom Corporation.

SJR1, sponsored by Senator Jason Rapert, is a call for a Constitutional Convention, not just an amendment to the Constitution. Article 5 of the Constitution says that a Con-Con is for the purpose of presenting amendments, but it is a Con-Con. This is an unsafe bill and you all need to get your names off it. We have been fighting this issue for decades. The article below by Phyllis Schlafly explains the dangers inherent in this bill. If you assemble a Con-Con, the socialists can do anything they want with an open convention and our Constitution will be lost forever. Under the present climate in Washington where the Republicans are always defeated, we can assure you it will be a runaway convention.

What are the rules proposed for the Con-Con? Who are the delegates that will participate in the convention? Name them. What amendments are you considering?

Conservatives do not trust the people that would vote for this!!! Secure Arkansas is against this bill and before we come out publicly we wish to give you a chance to remove your name as sponsor or cosponsor from this sinister bill. Please, please get your names off of it before we release them to the public.