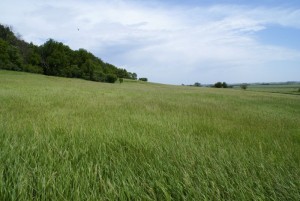 “We are no longer citizens of the United States of America and all those who live in the five-state area that encompasses our country are free to join us,” long-time Indian rights activist Russell Means told a handful of reporters and a delegation from the Bolivian embassy, gathered in a church in a run-down neighborhood of Washington for a news conference.

A delegation of Lakota leaders delivered a message to the State Department on Monday, announcing they were unilaterally withdrawing from treaties they signed with the federal government of the United States, some of them more than 150 years old.

They also visited the Bolivian, Chilean, South African and Venezuelan embassies, and will continue on their diplomatic mission and take it overseas in the coming weeks and months, they told the news conference.

The new country would issue its own passports and driving licences, and living there would be tax-free — provided residents renounce their US citizenship, Means said.

The treaties signed with the United States are merely “worthless words on worthless paper,” the Lakota freedom activists say on their website.

The treaties have been “repeatedly violated in order to steal our culture, our land and our ability to maintain our way of life,” the reborn freedom movement says.

Withdrawing from the treaties was entirely legal, Means said.”