RFID Chips – What You Need To Know 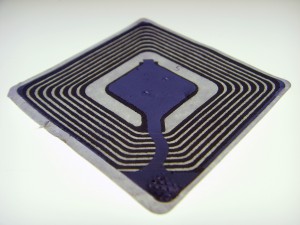 For many years, as many of you know, The Constitutional Alliance has focused on issues related to biometrics, RFID and the information sharing of our personal identifiable information in general.  Personally, I have been working on these issues for roughly ten years; well before the Real ID Act 2005. The company I focused on and warned people about ten years ago was named Viisage Technology. Viisage morphed into L-1 Identity Solutions which was sold to a French company named Safran. This French company with an admitted 40 year “partnership” with China has access to many state Department of Motor Vehicle databases.

When I first sent out warnings, Viisage was a very small company with a market value of only $50 million. I warned citizens about biometrics in general and facial recognition technology. Some listened.  Many, far too many, did not.

We are where we are today and 20/20 hindsight will not accomplish much if anything now. We are each being enrolled into a global system of identification that directly links our body (through biometrics) to our ability to buy, sell, travel and, if Congress has its way, work also.

As many know, The Constitutional Alliance is continuing to support Kaye Beach in her lawsuit against the Department of Public Safety, the department in Oklahoma that oversees the issuance of driver’s licenses. Kaye is on the Board of Directors of the Constitutional Alliance. I will say without hesitation that Kaye is the finest researcher and communicator I know.  With each passing day, Kaye is gaining a larger national following. Today an article was published by Computer World entitled “Undercover Cops Secretly Use Smart Phones, Face Recognition to Spy on Crowds.” That article was based on Kaye’s article she published the night before onher website. If you read nothing else, read both articles. Your freedom and the freedom of future generations depend on it.

This RFID issue affects all Americans, Democrat, Republican, independent, people of all faiths — everybody. No one will be spared. For more information, click here.

We must look at the aggregate of all laws and the use of not only many technologies but the many different applications that each technology can be used for.  When we take a step back and consider all the laws, technologies, Executive Orders, and regulations that have been implemented, we can see the result. Biometrics are being used as the lynchpin for a surveillance society that nobody can deny does exist. Is that the legacy of this generation?  Liberty is neither ours to give or take, only preserve; our Liberty comes from our Creator.

Look at it in a way we each can relate to.  A couple of eggs and home fries is no big deal. One doughnut is no big deal. One bag of potato
chips is no big deal. Eating fried chicken one day is no big deal. Certainly having one Coke is not a big deal. One day without exercise is no big deal. Now imagine in one day you have a couple of eggs with home fries, eat a doughnut, knock off a bag of potato chips, eat a plateful of fried chicken, gulp down a large Coke and then sit around and watch TV without doing any exercising; do you really think you are going to do anything but gain weight?  Oh, so you say you will not act the same way the next day. I say, that is what they said after the Patriot Act, but then we had CCTV cameras everywhere, the Real ID Act, Affordable Care Act/Obamacare, the NDAA,  Automatic License Plate Readers, street lights with cameras and audio devices, drones, computer software that determines whether we are a threat based on our facial expressions and government is not done yet.  We always believe tomorrow will be better. Tomorrow is a moving target and never comes because tomorrow is today.

At what point will we realize the clock is ticking.  We do not have time to have enough of the “right” people elected to state legislatures and Congress.  The Supreme Court cannot be counted on. It is in state courts where the people can build a wall of defense made up of states to protect against the overreaching of the federal
government.