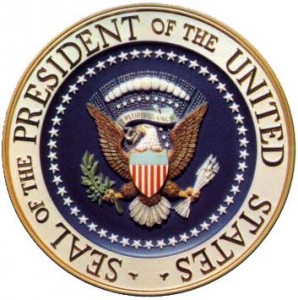 Latest Title: Proposing an amendment to the Constitution of the United States to repeal the twenty-second article of amendment, thereby removing the limitation on the number of terms an individual may serve as President.

H. J. Res. 15 was introduced January 4, 2013, by Representative Jose Serrano (D-NY 15). H.J. Res. stands for House Joint Resolution. It proposes an amendment to the Constitution of the United States to repeal the twenty-second amendment, thereby removing the limitation on the number of terms an individual may serve as President.

This resolution was assigned to the House Judiciary Committee on Friday, January 4, 2013, which will consider it before possibly sending it on to the House or Senate as a whole. The majority of bills never make it past this point. If it is approved by this Committee, the next vote on this bill will occur in the House of Representatives.

Click here for text of the bill, etc.: The Library of Congress, Thomas.

It is urgent that you contact your congressman immediately on this important issue. Tell him we don’t want to have an Obama presidency any longer than we have to. He has caused irreparable harm to this great nation already with his Obamacare and socialist agenda.

UPDATE: The Daily Caller points out this is a reintroduction of the same resolution that Rep. Serrano introduced back in 2011, H. J. Res. 17.