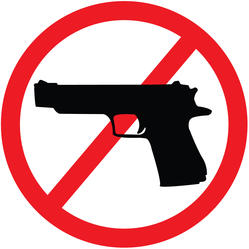 Mr. Government Man, it certainly looks as if you are dead set on disarming the American Public and are using as your basis, gun violence committed by disturbed people with facts known only to you. Let me be clear here Mr. Government Man; your facts as presented, coupled with your past history of willingly perpetrating lies to accomplish your goals, invokes little to no trust in your version of events at Sandy Hook, Aurora and Ft. Hood.

Included in the 2000 National Defense Authorization Act (NDAA) was the admission that you knew the Japanese Navy was on its way to attack Pearl Harbor, yet you did not inform the military leaders on the ground there which led to the deaths of some 2,403 Americans. And this does not include the hundreds of thousands of Americans who died in the war you used your deception to involve our country. Therefore, grounds have been well established that you are not above killing your own citizens in order to achieve your agenda, are you Mr. Government Man?

There is also the Gulf of Tonkin incident and your lies about those events which led to the deaths of 58, 209 Americans. Again, in a report from the National Security Agency, these lies were admitted. We actually didn’t need that confession because Admiral James Stockdale, Congressional Medal of Honor recipient, who was present at the scene, exposed your lies about this event in history many years ago. Once again you proved your willingness to sacrifice American lives to attain your political goals, Mr. Government Man.

The above admitted lies and many more you have told over the years was probably the cause of my overwhelming desire to up-chuck when the current leader of your criminal gang mentioned the phrase “transparency in government” during his first campaign.

Now, let’s take a look at some of the reasons I don’t believe much of anything you say about the shooting at Sandy Hook.

Mr. Government Man, your facts just don’t add up; your past history of lies leading to the deaths of thousands of Americans does nothing to make me or scores of other emerging skeptics believe your questionable statement of facts, especially considering they fit perfectly your previously stated and planned agenda to disarm the citizens of this country.