Help Oppose The Destruction Of Our Heartland! 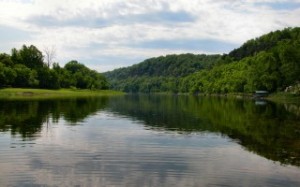 Help Oppose the Destruction of our Heartland!

Move over, Missourians & Arkansans – the Feds are moving in!

We have been looking at some very disturbing information recently regarding Arkansas and Missouri.  The White River and its entire watershed were designated a National Blueway on January 9, 2013, by Ken Salazar, the Secretary of the Interior, as part of President Obama’s “Great Outdoors Initiative”.  (Salazar actually initiated the “National Blueways” program on May 24, 2012, with Secretarial Order 3321 designating the Connecticut River and its watershed as the Nation’s first National Blueway.) While this may sound warm and fuzzy, it actually outlines the destruction of private land ownership and the rise of the future estate of the Federal government!

This Secretarial Order appears to allow any watershed in the United States to be designated a National Blueway with no involvement of Congress or the American public.  This is an infringement on our private property rights.

The time for our input is NOW before the 180 days expires, which will happen in early July 2013.  To read more about the purpose of this White River Watershed National Blueway designation, go to the Memorandum of Understanding.

Click here to view the map of the affected area.  The White River Watershed National Blueway stretches from up above Springfield, Missouri all the way down past Little Rock, and from Rogers/Fayetteville eastward past Jonesboro.  It involves millions and millions of acres across 60+ counties in Arkansas and Missouri of public and private lands and waters.

This National Blueway designation seems to be an Agenda 21 Program intended for implementation in Arkansas and Missouri and will be a disaster for everyone in those states.  Federal bureaucrats gave no initial notification nor received any input from local county governments or the public –– which is a violation of federal law.

The designation of the White River and its watershed as a National Blueway and our White River Basin guts the state, and the Federal government will control it.  If this isn’t stopped, we the people will lose control of our states.

The National Blueway designation brings various unelected environmental stakeholders and organizations, as well as local, state, federal, and international bureaucrats together for environmental issues in the White River Watershed area and for building a sustainable economic region.  In actuality, it will be a future federal land grab under U.N. Agenda 21, and we will be used as a biosphere model for other areas in the United States.  This will force many people off their land to implement U.N. Agenda 21.

In fact, the White River was actually nominated as a Blueway by more than 26 stakeholder groups including:  the Arkansas Game and Fish Commission, the Audubon Society, federal partners from the U.S. Army Corps of Engineers, the U.S. Department of Agriculture, and the Department of the Interior, as well as other agencies interested in environmentalism and conservation.  At least two international, non-governmental organizations were involved as well:  the Nature Conservancy and Ducks Unlimited.  Both of these have a mindset and purpose in line with U.N. Agenda 21.
Not surprisingly, Arkansas State Lawmakers and property owners were purposely left out, and no public hearings were held.

The words “Nothing in this Order is intended…” does not mean that eminent domain will not happen.

The planned consequences of this Blueway are a clear and present danger to our rights, and this will put a group of unelected bureaucrats in control of policies that will influence water rights and private property, using taxpayer dollars to fund it!

If this sounds vaguely familiar to you, it is.  It’s nothing new.  The Blueway appears to be a carbon copy of the U.S. Man and Biosphere designation that was aborted in 1996.  The history of the Man and Biosphere will be forthcoming.  (Some of you may have helped to stop that proposition almost 20 years ago.  If so, thank you!)

This proposed letter was sent out to our U.S. Senators and Congressmen this month from our Secure Arkansas Chair, Jeannie Burlsworth.

ACTION to be taken:

1.  Begin contacting your U.S. Senators and Congressmen IMMEDIATELY via phone, fax, AND email.  Voice your protest against this National Blueway designation and forced take-over.  It’s very important that we get the point across to our legislators that we do not want the National Blueway designation.  Don’t just stop at one form of communication!  Their names and contact information are listed below.

2.  Please contact Secure Arkansas if you’re willing to volunteer to submit a resolution to your Quorum Court in June.  We need to cover all 75 counties in Arkansas and several counties in Missouri.  This will help restore local county governmental authority as a defense for the property rights of the people, which is the guardian of all other liberties!  Click here to volunteer for this and enter your info.

“The county courts shall have exclusive original jurisdiction in all matters relating to county taxes, roads, bridges, ferries, paupers, bastardy, vagrants, the apprenticeship of minors, the disbursement of money for county purposes, and in every other case that may be necessary to the internal improvement and local concerns of the respective counties.  The county court shall be held by one judge, except in cases otherwise herein provided.”

Counties in both states of the White River Watershed which have adopted Interim or Comprehensive Land Use and Management Plans were not notified nor included from the beginning stages of this purported “designation” as is required by federal law.  Therefore, as we see it, the whole process to this point is null and void and has therefore been a waste of taxpayer dollars.

More information will be coming in the future regarding this topic.