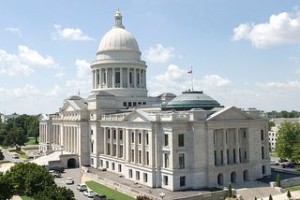 If you’re able, please attend this important hearing.  (It’s a follow-up hearing to the one held in Washington D.C. on July 17, 2013 by the House Committee on Natural Resources and the Subcommittee on Water and Power which was entitled:  “A Washington DC-Based Bureaucratic Invention with Potential Water Conservation and Property Rights Impacts:  The National Blueways Order”.)
Information will be shared regarding how the National Blueways System designation was initially imposed on the White River watershed in Missouri and Arkansas and how future designations can be prevented.   It will be open to the public on a first come, first serve seating basis and is being sponsored by the Missouri congressional delegation.  Click here  for more information about the Missouri hearing.  We appreciate the Missouri diligence in pursuing this matter to the end that was exposed by Secure Arkansas, PRCNews, and Missourians Against Agenda 21, three organizations who prompted the passage of many anti-Blueway resolutions by affected counties in Arkansas and Missouri.  We also appreciate the initial diligence of Senators Boozman, Blunt, other Arkansas & Missouri congressmen in obtaining a hold on the matter until pertinent questions were answered, which prompted a “withdrawal” from the Department of Interior.  However, we need to keep contacting our U.S. Senators and Representatives until official and complete answers are given to all those questions.  You can read that letter from Senator Boozman, etc, and obtain contact information on the Secure Arkansas and Secure The Republic websites at:  SecureArkansas.com and SecureTheRepublic.com.

In U.S. Representative Rick Crawford’s weekly column from July 26 entitled “Blueway Designation Down, Not Necessarily Out”, he writes
“Last week in testimony before the House Natural Resources Committee, Secretary of the Interior Sally Jewell announced that after overwhelming negative feedback following the White River Blueway designation in Arkansas and Missouri, the entire program has been put on hold until further notice.”

You read that correctly:  put on HOLD!  It seems as though Crawford is warning us that the Department of Interior has future plans for our White River Basin.  Obviously we need to raise our voices and objections once again!  Please stay tuned and stay with us everyone.  We still have a lot of work to do.

There have been many people in both states who have labored tirelessly to halt the travesty of the White River Watershed Blueway designation.  Thank them and help them when you have an opportunity to do so.  Most of all, be encouraged to do your part to KNOW THE WHOLE TRUTH and act accordingly.  (If your county was one of the few who were persuaded to pass an alternative resolution – one which could possibly be a dangerous endorsement of watershed (regional) governance – find out what you can do to reverse it for your county, which of course would also affect you and your property.)

Thanks, as always, for your support!