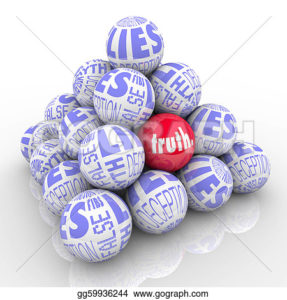 U.S. Constitution being Destroyed in Arkansas by Article V Betrayers

NON-Governmental Organizations (NGO’s) have a Stranglehold on Arkansas Politics

Traitors at the Arkansas Capitol working for Non-Governmental Organizations!

Immediate Attention!  The malevolent Con-Con Resolution SJR_2 about which we’ve been warning you passed out of the Arkansas Senate State Agencies and Governmental Affairs Committee Thursday, January 26, 2017 and will be voted on by the FULL SENATE (on the Senate floor) this Monday, January 30, 2017 at 1:00 pm.

Contact ALL Senators, and tell them to VOTE NO on SJR 2! Call as many of them as you can PERSONALLY today and Sunday at their numbers listed in the chart below (scroll down in this article until you see it). You may also call the Senate Session Number MONDAY MORNING, Jan. 30, 2017 at 501-682-2902 (to leave a message for your Senators.) Instructions on emailing them are further down in this article. Remember: the resolution will be heard Monday, Jan. 30, 2017 at 1:00 pm!

So, what happened? And how did this terrible anti-constitutional resolution get out of committee in the first place? Keep reading…

ALEC Senator Eddie Joe Williams — Chair of the Arkansas Senate State Agencies & Govt’l Affairs Committee AND State Chair for ALEC — was one of five committee members who voted for the resolution. Senator Williams over time has donated over $1,000 each to the campaign funds of three other ALEC senators on the same committee. ALEC Vice-Chair Gary Stubblefield, over time, has donated money to two ALEC senators on the committee.

ALEC State Chair Senator Eddie Joe Williams and Non-Governmental Organizations have betrayed Arkansas. It is time to boycott all ALEC corporations members and not buy any of their products until they pull their membership from ALEC. The following corporations have cut their ties to ALEC so far.

IF you would invest the time reading this article (and our other articles), you would learn how the shadow government works behind the scenes. It will become clear to you if you have a desire to look deeper into it.

Pay Attention Here! ALEC State Chair and ALEC member Senator Eddie Joe Williams is also the Senate Assistant President Pro Tempore! That means he is SECOND in command of our whole Arkansas Senate! It looks like we may have a wolf in the hen house. Remember: ALEC Senator Eddie Joe Williams signed an agreement with ALEC: "The American Legislative Exchange Council (ALEC) State Chair Job Description and Agreement”.

The ALEC agreement below is in direct conflict with We the People, the residents of Arkansas. The legislator should be serving the people and NOT serving the dictates of NON-Governmental Organizations (NGO’s) (bill mill generators) which we will discuss later in this alert.

This is the FOIA request that was made on ALEC State Chair Senator Eddie Joe Wiliams by Secure Arkansas:

Per the Arkansas Freedom of Information Act 93 of 1967, I am requesting the following information:

A copy of "The American Legislative Exchange Council (ALEC) State Chair Job Description and Agreement" that was signed by Senator Eddie Joe Williams.

Please note Arkansas Code 25-19-104 Penalty – any person who negligently violates any of the provisions of this chapter shall be guilty of a Class C misdemeanor.

There are actually TWO American Legislative Exchange Council (ALEC) State Chairs who are legislators in Arkansas:

BUT ALL legislators (including those who are ALEC State Chairs) in Arkansas also take an oath to the Constitutions of the United States of America AND to the State of Arkansas:

All Senators and Representatives are administered the following oath of office from the Constitution of the State of Arkansas of 1874 Article 19 Section 20:

Senators and Representatives, and all judicial and executive, State and county officers, and

all other officers, both civil and military, before entering on the duties of their respective offices, shall take and subscribe to the following oath of affirmation: “I, _________ , do solemnly swear (or affirm) that I will support the Constitution of the United States and the Constitution of the State of Arkansas, and that I will faithfully discharge the duties of the office of _________ , upon which I am now about to enter.”

The question is: how can an ALEC member be faithful and honor their SWORN Oath of Office to their office AND to the Constitutions of Arkansas AND the United States when they agree to uphold ALEC’s unconstitutional agenda? ALEC and the Constitutions of the United States and of Arkansas are diametrically opposed! Our Senators are either supporting the interests of NON-Governmental Organizations OR they are supporting the interests of freedom of We the People, their constituents. They CANNOT do both! So, does Senator Eddie Joe Williams support ALEC or the Constitution?

If Senator Eddie Joe Williams will not deliver ALEC’s anti-constitutional agenda, ALEC will appoint another person as the ALEC State Chair of Arkansas. ALEC is forcing their agenda on every state in the country and causing them to march down the incremental path toward socialism. (We must be thoroughly conditioned and socially engineered to accept atrocities.)

Read the traitorous ALEC State Chair Job Description and Agreement below (3 page document). We’ve included it as an image, but if you’re unable to view it or read the small font, you may click this link to open and view it as a PDF in Adobe Reader.

Arkansas and all other states have been dominated by the NGO’s and their socialist agenda. Just follow the money. In the case of the Article V Amendments Convention legislation (SJR 2), ALEC has a stranglehold on Arkansas THROUGH ALEC State Chair Senator Eddie Joe Williams who (we’ve already told you) is the Senate Assistant President Pro Tempore ALEC State Chair. That means he is SECOND in command of the Senate!

Another person who has sold out to the NGO’s is Senator Gary Stubblefield, the sponsor of SJR 2, this dangerous and convoluted resolution. He is also Vice Chair of the Senate State Agencies and Governmental Affairs Committee and an ALEC member. Here’s his picture:

Here’s the Subtitle of SJR 2:

Readers, we must hold our legislators accountable! Is the deck currently stacked against us? Yes! The deck being played here in Arkansas is loaded with American Legislative Exchange Council Members (ALEC). Note: The big, powerful, progressive corporations that fund ALEC want to push these resolutions through for a Constitutional Convention and to change our Bill of Rights! What kind of progressive platform do you envision when a convention is called up and brought forth? What good thing could be birthed by traitors? Secure Arkansas sent another FOIA out to the Secretary of State on Friday, January 27, 2017, to request copies of the sworn oath to our U.S. Constitution that every legislator signs.

Can we stop this progressive agenda to rewrite our U.S. Constitution? Yes, with your help and enough pressure on our legislators to VOTE NO on SJR 2!

So, who voted SJR 2 out of the Arkansas Senate State Agencies & Govt’l Affairs Committee in the first place? Because that vote sent the resolution to the Senate floor to be voted on Monday, January 30, 2017 at 1:00 pm!

Wolves in sheep's clothing: Secure Arkansas wants to carefully document what has occurred in our Arkansas government for posterity.

Yes, the Arkansas Senate State Agencies & Govt’l Affairs Committee betrayed the State of Arkansas with their Yea vote on SJR 2. The Senate Chair of this committee is Senator Eddie Joe Williams. ALEC directly controls Senator Eddie Joe Williams, and Eddie Joe Williams controls this committee. Did you actually expect the outcome to be any different? How could it be with an ALEC deck loaded and ready to strike in the Senate? How can the legislators serve two masters? Now, you can clearly see, dear Arkansans, that they are set to destroy our Constitution and our way of life, so let the strike be against the names that voted for our country’s demise.

Arkansas Senate State Agencies and Governmental Affairs Committee Members and how they voted on SJR 2:

Senators’ names in RED BOLD font are members of ALEC.

Some are members of several!

(The acronyms next to each Senator’s name above are explained directly below. Keep reading.)

The Council on State Governments (CSG) supports an Article V Amendments Convention or a Constitutional Convention (Con Con), and the Senators below whose names are in green italicized bold font are MEMBERS of CSG …and possibly other despicable Non-Governmental Organizations (which support Regionalism, which is United Nations Agenda 21/ Sustainable Development). The agenda of all these organizations are to implement metropolitan/regional government. This is the replacement of elected government officials with unelected administrators.  And Senators highlighted in RED BOLD font are members of ALEC.

There you have it! The Senate and the shadow government working behind the scenes lies before you very exposed! Once again, hellish flames have engulfed the Arkansas’ Capitol, and the diabolical minions are laughing and mocking us. We stand on the eve of destruction of unintended consequences… We the People have got to act immediately! Now you know why we have been saying our Arkansas legislation is written out of state! All of the ALEC legislators come into every session armed with their marching orders from ALEC!

Do you think that ALEC State Chair Senator Eddie Joe Williams is attempting to influence and control the outcome of the Arkansas Senate State Agencies & Government Affairs Committee AND the full senate? Yes, dear reader! Can’t you see that? Secure Arkansas certainly does.

And the staff helps manage the legislators…

ACTION NEEDED: Call and email ALL of the senators! Tell them to VOTE NO on SJR 2 (the Article V Amendments Convention/ Con Con Resolution).
Call as many of them as you can PERSONALLY today and Sunday at their contact numbers listed in the chart above (scroll up in this article until you see it).

You may email them, also:  copy and paste the list of emails below into your “TO” in your email so you can send ONE email to ALL of them at one time.

Secure Arkansas suggests that if people who email legislators are asked where they live, they can respond:

"Although I do not reside in your district, neither do the big name organizers of this Convention effort, and yet, the legislators appear to listen to what they have to say. Also, your vote will affect me and all of our posterity, so please do not disregard my opinion. I am one of "We the People" who does not want to change our Constitution. Thank you."

Stay tuned, and let us know what you hear back from the Senators!