No Official Notification Given to County Officials to Provide Comments to EPA Concerning WOTUS? 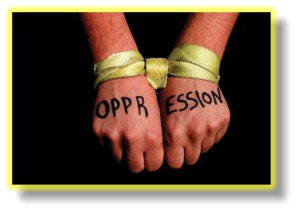 It appears that Arkansas Quorum Court Justices of the Peace (JPs) were given “NO official notification” to provide substantive comments to the U.S Environmental Protection Agency (EPA) concerning the definition of “navigable waters” pertaining to the Waters of the United States (WOTUS) rule and Clean Water Act (CWA).

JPs all over the state were thanking us for making them aware of the EPA deadline, and some even mentioned, ”Just like you did on the Blueway!”

County government needs to take their job seriously. They are the guardians of counties to serve as public servants… but this seems to be changing. Read on. From a NACo article, the state of Connecticut did away with county governments years ago. State lawmakers abolished county governments during the 1959 Connecticut General Assembly legislative session. Now County Executive Rich Fitzgerald is hoping the Pennsylvania state legislature will pass a bill allowing some of those governments to voluntarily unincorporate. Counties in Rhode Island have had no governmental functions since 1846.  In New Jersey, there are three levels of government: state, county, and municipal. But in New Jersey, there is a move in the State Capitol (Trenton) to eliminate the county level of  government.  In Illinois, there are 102 counties and 1,431 townships. The townships reside under the county.  17 out of the 102 counties have no townships. Some steps have been taken to dissolve unnecessary units of government. Wisconsin is talking about dissolving counties. When this happens, the service will be taken over by the state. The state is saying that there are too many government units in the state.

The EPA comment period ended June 19, 2017 at midnight. This was two months after EPA and the U.S. Army Corps of Engineers (Corps) Corps held a consultation meeting with the National Association of Counties (NACo) and other national state and local government associations.

The local county government must be able to control their own destiny and reduce the burdensome restrictions and regulations that EPA and the Army Corps of Engineers (Corps) put on the county residents’ daily lives.

Secure Arkansas’ Comment: It appears NACo supports the EPA WOTUS Obama agenda. This is why we believe that the Counties were not notified! It is all about money and control.

Speaking of money and government control… read the article linked below.

The bill provides funds to federal land managers under the U.S. Department of the Interior (DOI) and the U.S. Forest Service, as well as the U.S. Environmental Protection Agency (EPA) and many other agencies.

The overall funding level for the bill is approximately $32 billion, a $64 million decrease below FY 2016 enacted levels. Of note to many counties, the bill included legislative language to prohibit implementation of the “waters of the U.S.” (WOTUS), delay implementation of the Bureau of Land Management’s (BLM’s) Planning 2.0 Rule, and fully fund the Payments in Lieu of Taxes (PILT) program at a level of $480 million.  During floor consideration, NACo actively fought floor amendments that would have reduced funding for the PILT program.

“It’s bad enough that the EPA is trying to gain new authority over development near every pond or seasonal stream, drainage ditch or puddle, in the U.S., whether on public or private property. Now we learn that this agency illegally used taxpayer money to advocate for its egregious power grab.  The EPA owes taxpayers some answers about how it made the decision to waste taxpayer money promoting backward, harmful regulations in a manner clearly prohibited by law.”

The following Forbes article lists many of the illegal tactics that EPA uses to advance their unscientific practices.

EPA Remains a Paragon of Government Waste, Fraud and Abuse

EPA has a long history of actions that are illegal, unethical, and incompetent.

EPA and Corps Request County Comments on Potential “Waters of the U.S.” Rewrite

On April 19, 2017, the U.S Environmental Protection Agency (EPA) and the U.S. Army Corps of Engineers (Corps) held a consultation meeting with National Association of Counties (NACo) and other national state and local government associations regarding the agencies’ upcoming “Waters of the U.S.” (WOTUS) rulemaking under the requirements of Executive Order (EO) 13132—Federalism.

(Note: NACo’s position appears to be all about money and how much they will lose if WOTUS is rolled back to the pre 2015 level.)

Secure Arkansas’ comment: Since NACo is the mouthpiece for the Associations of Arkansas Counties, WHY wasn’t the EPA and Corps request for County Comments passed down to the counties? Arkansas has two people on NACo’s Board of Directors: Judy Beth Hutcherson, Treasurer of Clark County, and  Debbie Wise, County Circuit Clerk of Randolph County. Is collusion happening here in Arkansas???….There’s a nexus forming, and it jeopardizes our actual constitutional government. Could that be how they are merging??? NOT informing our constitutional officers causes failure and harms the residents in this state. NGO’s get rich off the state and local governments.

The meeting between EPA, Corps, and NACo was a result of President Trump’s February 28 Executive Order (EO 13778) on “Restoring the Rule of Law, Federalism, and Economic Growth by Reviewing the ‘Waters of the United States’ Rule.” The EO directs the U.S. Environmental Protection Agency (EPA) and the U.S. Army Corps of Engineers (Corps) to revisit and rewrite the old 2015 WOTUS rule.

Note: President Trump’s Executive Order 13778 is directing the EPA to redefine their rule concerning the definition of navigable waters, Waters of the United States (WOTUS).  This affects ALL states, including Arkansas, and the EPA is requesting substantive comments from state and local officials about that definition from EACH county.

We all love clean water, don’t we?… BUT, this oppressive, expanded version of the Clean Water Act (2015 rule) should scare you! Especially if you are a property owner. A major land grab is just down the road if we can’t get the 2015 rule of WOTUS rolled back! By the way, who is going to PAY for all the federal regulation to be implemented in your county, city, or town if your state and local government fail to act? YOU WILL! (Would you want to pay for ditches to be federally regulated?) That’s why we wrote the resolution in the first place — so counties could stand up and have meaningful input on the definition of “navigable waters”.

Even though 10 counties have passed the water rights resolution in Arkansas so far, it appears that JPs are being counseled or even threatened NOT to participate in the EPA comment period.

We want to give Arkansans an example of what happens when judges intimidate or threaten people. One lady in Carroll County gave her 3-minute speech regarding the resolution and water rights and then sat down. Towards the end of the meeting, JPs were asking questions, and she raised her hand to clarify things for the JPs; then the Judge of Carroll County, Sam Barr, threatened to vote to have her bodily removed if she raised her hand again! She had visited with the judge in his office last week about bringing up the resolution. He told her to NOT bring it up because it would be “opening a can of worms”! A roll call vote did get done, and eight JP’s voted to have the resolution brought up.  Only one JP abstained, and the attorney present, Devon Closser, said something about an abstention means no, and therefore they could not discuss it, according to the county attorney. Why is an officer of the court (judicial branch) in this case, the so-called “county attorney”, allowed to dictate to the quorum court (legislative branch), that they could not discuss what 8 JPs voted “yes” to discuss, claiming that a one JP abstention vote equals a “no” vote and thereby overrides the 8 “yes” votes. Is it time to investigate this apparent violation of the separation of powers doctrine of our constitutional republic?  (It is the opinion of Secure Arkansas that this same judge may have intimidated some JPs before the meeting ever started.) We will be checking into this matter in the next few days because this does not make sense to us.

We will document what happened in some other counties in a future article. (Some of them may have waited out the clock, so all kinds of lame excuses were given for NOT getting to the resolution by the EPA deadline.)

Is YOUR county quorum court (your JPs) intimidated by the judge, attorney, or bureaucrat, etc. NOT to do their duty and respond to the EO/EPA call for action??? Are you or the residents in your county intimidated if you go before your own quorum court?

What can you do about all of this?  Take the resolution this week to your county quorum court members and ask them to put it on the agenda for the next meeting. Call your county courthouse or search online to find out when that is.

Sebastian County Quorum Court meets tonight (Tuesday, June 20, 2017) along with a few other counties!  Quorum court members can still vote on and pass the resolution in tonight’s meeting and submit a signed, file-marked copy as a substantive comment to the EPA Staff at [email protected] . If they’ve already had their monthly meeting, they can call a special session.

Here is the email that we sent to EPA and the response we received:

There are several counties in Arkansas and around the country that just recently found out about the comment period requested by the EPA  concerning President Trump EO 13778 on the WOTUS.  This June 19, 2017 deadline does not allow sufficient time for the local and state government to comment.

Will you please consider extending the comment period beyond June 19, 2017 for  a least 30 days so that  local government has a chance to provide comment regarding Presidential Executive Order #13778 pertaining to correcting the definition of “navigable waters”?

Subject: RE:Comments on the WOTUS EO 13778 of President Trump

While we are not planning to formally extend the comment period at this time, we encourage you to submit their comments as soon as possible. EPA will look for other opportunities to engage with state and local governments prior to the proposal of the step 2 rule. In addition, we invite you to submit your comments during the public comment for both steps of the rulemaking.

Go, counties, go! Get your resolutions passed and/or send in your comments to the EPA ASAP! Do NOT fail to act this week!

Once again, linked below are ALL 10 responsible counties that acted immediately and passed the resolution here in Arkansas. We think these are VERY good results, considering most countries just recently found out about the deadline! Don’t you?

Sebastian County Resolution – passed unanimously 6/20/17! (to be linked in a future article)

JPs and all elected officials, Secure Arkansas wants to thank you in advance for following through on the EPA comment regarding water rights and for serving in your elected position. In case your county fails to act collectively, did you happen to get your signed Official Comment Form for JPs completed and notarized or filed with the county clerk so you can act individually?
AND be sure to email it to [email protected] as well.