Will Ark. Surgeon General Bledsoe Keep Our Children From Harm? 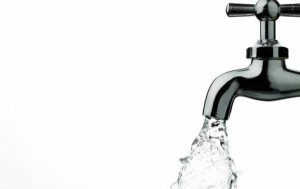 Yes, we’ve been sending out many alerts lately regarding fluoride… because OUR HEALTH MATTERS!  The more digging and research we do about this toxic contaminant — fluoride, the more we realize we must share our findings with you.

Just this week, another research study has been published showing harm to our children.  This time, it shows there is a link between fluoridation and ADHD (Attention Deficit Hyperactivity Disorder).  As long as our public drinking water is contaminated with fluoride, people will be harmed!  Is fluoride “safe and effective” for everyone?  NO!  Studies show differently.

This is the first study to examine the relationship between exposure to fluoridated water and ADHD prevalence.

Researchers, Malin and Till, conclude that, even after controlling for socio-economic-status, their findings suggest that fluoridated water may be an environmental risk factor for ADHD.

They write, fluoride “has received virtually no attention in the ADHD literature, [even though], there is a burgeoning body of human and animal research indirectly suggesting that it may contribute to the disorder’s onset.”

This ADHD/fluoride study comes on the heels of a British study linking fluoride to thyroid disease.

Malin and Till write “exposure to fluoridated water may contribute to ADHD via suppression of the thyroid gland.”

Paul Connett, PhD, FAN Executive Director says “We’ve been falsely assured that the science is settled on fluoridation safety. But studies such as this one were never done before. What else have they failed to research? What’s worse is that government agencies dismiss research that hurts fluoridation rather than protect the citizens whose health is entrusted to them.”

Researchers Malin and Till explain that children and adults living in fluoridated communities (0.7 – 1.2 mg/L) actually received 0.9 – 3.6 mg/L and 0.6 – 6.6 mg/L of fluoride per day, respectively from all sources, including water, food and dental products.

They write “Fluoride can readily cross the placenta, accumulate in the infant brain and easily exert neurotoxic effects…Such changes can adversely affect arousal and attention, pain tolerance, and learning and memory, respectively.”

“Importantly, among children who were exposed environmentally to water fluoridated at 1.2 – 3 mg/L (slightly above the US recommended level), increased urinary fluoride concentrations were associated with slower reaction time and poorer visuospatial organization that could interfere with attention, and reading and writing respectively,” they write.

Connett adds, “With fluoride linked to lower IQ, and ADHD in children and hypothyroidism in adults, it is reckless to continue fluoridation.”

We want our Arkansas Surgeon General, Dr. Greg Bledsoe, to be contacting qualified medical specialists instead of dentists when it involves fluoride damage to the brain, thyroid, kidneys, etc.  It is Dr. Bledsoe’s responsibility to look at the new studies, NOT the opinions and endorsements from the oral health coalition!  Dentists have no expertise in those specialties!

It’s the State’s responsibility, not the federal government’s, to STOP water fluoridation.

It’s no wonder that major industries want TORT Reform – with all of these new studies coming out.  Think about the dental, medical, and water industries that want protection against lawsuits filed by people who have been sickened by drinking fluoridated water!  They want to limit their own liability for causing us damage!!  These industries SHOULD be worried because the more studies that are published and released which show we’re being harmed, the more this WILL lead to claims being filed for damages due to our fluoridated public water supply.  Why are Arkansas Advocates for Children and Families, the Arkansas Health Department, and the medical industry looking to the dental industry for guidance on the toxicity of ingested fluoride?

The news release shown above regarding the fluoridation link to ADHD was also forwarded to Arkansas Advocates for Children and Families.  Rich Huddleston, their Executive Director, forwarded it to several people in his own organization, including a Marquita Little.  Mr. Huddleston didn’t bother to ask Ms. Little about the health of the children of Arkansas but asked this question instead:

“Can you reach out to folks on the oral health coalition for advice on how to respond to this?”

Secure Arkansas would like to know:  is anyone on their oral health coalition a qualified medical specialist???

Here’s a link to a video showing the damage fluoride causes to healthy red blood cells.  It also shows the link between fluoride and ADHD!  It’s an older video, but it’s still relevant today.  You don’t have to watch the entire video, but be sure to watch the first several minutes!  The proof is in the Petri dish!

It’s not too late to repeal the fluoride mandate Act 197 this 2015 session! … or ask the Arkansas Surgeon General, Dr. Greg Bledsoe, to call a moratorium (suspension) on fluoridation until all possible harm to our children is eliminated beyond opinions and endorsements.

In closing, if you haven’t heard the “Keep It Out of My Tap” song or seen the video produced by Secure Arkansas yet, watch it here and share it far and wide. (Sounds best if you listen through headphones)

Be sure to forward this email to your family and friends!  Our health is important!