Exposing the Convention of the States (COS) as an Article V Constitutional Convention … and Who’s Behind It All, including Soros & Levin 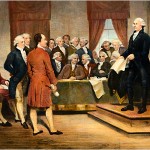 The federal Constitution Convention (Con-Con) issue is heating up again.  Remember:  if/when 34 states pass a resolution requesting a Con-Con, we can all kiss America (as we know it) good-bye.  At present, about 26 states have a pending resolution requesting a Con-Con.  The elitists from both parties along with George Soros are pushing for a Con-Con.  This is a very dangerous […]

Article V Amendment Will Lead To a Con-Con‏ 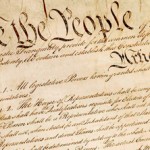 REBUTTING NICK DRANIAS’ REBUTTAL     10 Facts – to Rebut the Mythology of a Runaway Convention at an Amendment Convention Prepared by Nick Dranias, Director, Center for Constitutional Government at the Goldwater Institute Distributed by Ron Bartels, Ph.D., Article V Proponent     1. Article V does not authorize a constitutional convention; it authorizes a […]

Without your help we could be Con-Conned Out of our 2nd Amendment Rights to Keep and Bear Arms Several states have introduced bills allegedly nullifying federal gun laws and rejecting Obama’s Executive Order mandating such. The message is basically “You aren’t going to get our 2nd Amendment!” . There are other bills nullifying Obamacare, the NDAA (indefinite detention of American […]