Could your legislators have been bought off by Political Action Committees, American Legislative Exchange Council, and/or Corporate America?

We’ve had a lot of corruption in Arkansas politics over the years, so we need to get around to cleaning it up.  It’s our responsibility to hold our public officials accountable for their behavior.

There have been numerous ethics violations in the past where funneling of money has occurred… which has all of the appearances of a bribe.

The latest scandal started with this letter to the Arkansas Ethics Commission from the Law Offices of Thomas G. Buchanan… and we got to wondering…  could this Arkansas Supreme Court Judge Maggio have been bought off?

If a person goes before a judge, shouldn’t that person have confidence in that judge and the judicial system?  Every person needs to have access to the courts for proper justice to be served.  We cannot let lawmakers pass laws that limit our access to the court system.   The state and U.S. constitutions ARE NOT FOR SALE.

Then, we were made aware that former State Senator Gilbert Baker has resigned from his position at the University of Central Arkansas.  From a Democrat Gazette article on 4/2/2014 entitled “Gilbert Baker resigns from UCA post”:

“The resignation comes on the same day the Arkansas Democrat-Gazette reported that a former paid political consultant to Baker said he didn’t know anything about a series of political action committees tied to the investigation of Circuit Judge Michael Maggio.” 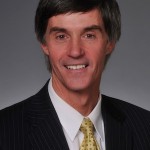 Photo of former State Senator Gilbert Baker from the article

Click here for the Arkanas Business online article.  It mentions the “Thomas Group In PAC”, a committee that lists Don Thomas of Conway as an officer.  Thomas is a paid former political consultant to former State Senator Gilbert Baker.  This definitely requires more investigation…

The Michael Morton search was performed here.    In our estimation, some of the legislators are possibly being influenced, and their names are listed in the chart below.  Michael Morton has donated to their campaigns, and it appears that his intention was to influence them with campaign donations… or possibly bribe them.  Trial attorney Joey McCutchen says: “Nursing homes and other special interests have always given massive amounts to other judicial candidates and politicians.”  If a candidate has accepted a donation, rest assured that they are beholden to the contributor.

ARE OUR POLITICIANS FOR SALE??  You decide.

Here is Article 5 section 35 of the Arkansas State Constitution regarding bribes:

Michael Morton donated money to many lawmakers (see above),most of whom are ALEC (American Legislative Exchange Council) members.  Representative Andrea Lea from Russellville was one of those lawmakers. 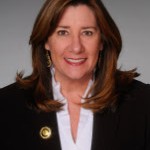 VOTERS in the Russellville area and District 71, when you get the chance, vote this woman out!

In our previous emails, we’ve talked about corruption in the Arkansas legislature, and we want to remind everyone that THREE of our Arkansas Senators (Senator Michael Lamoureaux, Senator Johnny Key, and Senator Eddie Joe Williams) were fined in December 2012 for funnelling campaign funds, and, of course, they’re ALEC politicians!

What happened to the oath of office that lawmakers take to protect and defend the Arkansas and U.S. Constitutions?  It appears it may have been replaced by this ALEC loyalty oath that must be signed by ALEC State Chairs:

“I will act with care and loyalty and put the interests of the organization first.”

Also, you’ll recall that we have previously disclosed a lot of information about Arkansas Senator Eddie Joe Williams.  See here, here, and especially here for past articles.  Senator Williams has set up his own PAC (Political Action Committee) which could allow money to be funneled from other PACs and individuals to his own GoEddieJoePAC.  The GoEddieJoePAC could then possibly transfer money to other legislators.  We think that this practice is being done by many of the Arkansas legislators.  When you give money to some of the legislators, your money may end up financing the election of another legislator/campaign.  VOTERS in the CABOT area and in District 29:  when you get the chance, vote this powerful senator out! Senator Eddie Joe Williams donated over $42,000 from his campaign funds to other Senators and Representatives for ticket events in 2012.  Senator Eddie Joe Williams is the Senate Majority Leader and also ALEC Chair member for the Arkansas Senate.  He’s also the Chair of the Senate State Agencies and Governmental Affairs Committee.  Also, he’s a State Chair for ALEC (American Legislative Exchange Council), and also a member of NCSL (National Conference of State Legislatures), SLC (Southern Legislative Conference), and on the Board of Directors of SLLF (State Legislative Leaders Foundation).  We have mentioned these menacing groups before in articles like this one.

How do we expect our country to ever recover with these governing groups superceding our constitutions and controlling our poiticians?

The most recent “GoEddieJoe PAC” search was performed here.

Campaigns with unclear funding sources can be problematic.

For information purposes only, we’re providing two links to all the registered PACs and Lobbyist groups in Arkansas:

Be careful for whom you vote!  THE PRIMARY IS COMING UP IN MAY, AND WE CAN’T KEEP HAVING “MORE OF THE SAME”.  IF ANY POLITICIAN IS A MEMBER OF ANY OF THESE GROUPS, THEY MUST BE VOTED OUT:

Please forward this email to your friends and family, especially those in Arkansas.

“Eternal Vigilance is the price of liberty.”