The Tragic Death of the Fluoride-Poisoned Horses 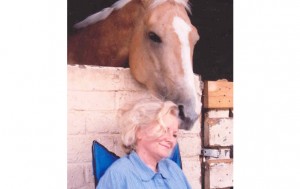 Click here to read a very eye-opening letter by Cathy Justus of Pagosa Springs, Colorado.  She’s Fluoride Action Network’s National Spokesperson against Fluoride Poisoning in Animals.  Her letter is a 24-page documented account of how her animals were poisoned.  These animals were INGESTING fluoride on a daily basis from the public drinking water supply.

This letter is regularly sent out to mayors, city councils, quorum courts, and water municipalities to make them aware of the dangers of fluoridation.  Please print this and pass this information out.

Many experts now say that fluoride is the number one most consumed and absorbed toxin in humans, and it is mass medication without consent.  Someone please tell us how this poison fluoride dosage is controlled!  This goes against all the rules of pharmacology!  FLUORIDE IS POISON which comes from the phosphate fertilizer industry!

The word “poison” can be used as a noun or a verb.  A simple Google search brings up this:

Many water systems across the state do not want to have to administer poison via our public water supplies, and some are holding off as long as they can before adding this poisonous substance, fluoride, to their public water systems.  The Arkansas Department of Health plans to have a meeting in July 2015 to penalize water systems that do not comply with the fluoride mandate.

If you are an attorney and would like to represent the people of Arkansas and offer your services to help with a class action lawsuit, email us at [email protected].

In this YouTube video, Dr. David Kennedy, dentist and researcher, presents an amazing video story of tremendous courage and resolve. Cathy and Wayne Justus of Pagosa Springs, Colorado experienced incredible debilitating symptoms in their world class quarter horses and their dogs with seemingly no source or reason. After the death of Cathy’s prize horse, the local veterinarian tested for every known possible cause, but could not come up with an explanation. It was not until Dr. Lennart Krook, Professor Emeritus of Cornell University College of Veterinary Medicine tested for fluoride toxicity that Wayne and Cathy knew for certain what was killing their horses. They had been poisoned by fluoride in their drinking water.

Because of Cathy’s tenacious insistence with the local water department concerning the science of the issue, and because citizens of Pagosa Springs had educated themselves, fluoridation was eventually stopped in their community.

We are very happy to report that Wayne and Cathy’s current horses and dogs are now living healthy happy lives with no fluoride symptoms whatsoever now that fluoridation has been stopped in Pagosa Springs.

Please take the time to watch the video because it will break your heart!

Secure Arkansas would also like to add that if you are not worried about your own children consuming toxic fluoride, then possibly the animals’ reaction to fluoride might get your attention.

The fluoride mandate (Act 197) is a grave travesty upon the people — and animals — of Arkansas.  Here is the link to an article we wrote back in January 2012 about the dangers of fluoride to animals.

Today, we called to request a meeting with Dr. Greg Bledsoe, the Surgeon General of Arkansas, to discuss the fluoride issue and the concerns of Arkansas water operators.  We will keep you informed if and when Dr. Bledsoe agrees to a meeting.  (We tried to schedule a meeting with him last month, but his secretary claimed that he was “too busy”.  Since when is the Arkansas Surgeon General not available to discuss the health concerns of Arkansas residents??)

The Senate Public Health, Welfare and Labor Committee would not give HB1355  a chance to be passed out of committee so that the whole Senate body would get a chance to vote on Local Control of Fluoridation. On the March 4, 2015 vote on HB1355, there were 3 Yeas, 2 Nays, and 3 Not Voting. The 3 Not Voting is very deceitful in the report. This can mean the legislator is present but refuses to vote on the bill or that the legislator is ABSENT.  This should have been reported as 3 Absent. The data was secured via a FOIA Request, and the information was provided by Steve Cook of the Bureau of Legislative Research. The three absent were Senators Missy Irvin, Keith Ingram, and David J. Sanders. Also, we did a video taping which will verify that the 3 Senators were ABSENT and should not have been recorded as NOT VOTING. This same procedure is being done in all committees. Don’t you think that the public should know when their Senators and Representatives are ABSENT from the committee meetings?  It makes one wonder: how many other bills may have been passed out of committee if the roll calls had been reported CORRECTLY? Click here to see the YouTube video of the roll call vote.  This was a committee of 8, but 3 were ABSENT.

The definition of the voting in all committees is as follows:

AYE = Present and voting for the bill

NAY = Present and voting against the bill

NOT VOTING = Could be Present but refuses to vote on the bill or it could be the legislator is ABSENT.  It could also be a form of Protest against the issue.

Our freedom from fluoride poison and local control of water are important!