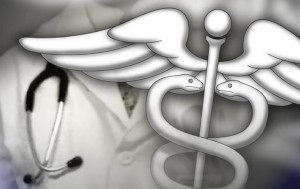 On July 23, 2015, the Arkansas Department of Health conducted their quarterly meeting in Little Rock.  Sandra Young, a recently retired medical doctor and Secure Arkansas’ Physician’s Advisor, was able to speak at the end of the meeting, and she explained why she opposes water fluoridation.  Watch the 8 minute YouTube video here.  Listed below is information she presented about herself, her studies and findings, and information she garnered from other sources.

She studied biochemistry and soft tissue effects of fluoride.  Fluoride combines with calcium and can cause osteoarthritis, spinal stenosis, brittle bones, and a higher incidence of fractures.

Fluoride also combines with aluminum, and aluminum tetrafluoride has a negative charge and a 3-D structure of a phosphate. (It mimics phosphate.) It affects our energy systems and causes chronic fatigue. It also allows aluminum to pass through blood-brain barrier. Very few studies are being done in the U.S. because it’s not funded. Those who have done research which have brought negative results have lost their jobs.Dr. Phyllis Mullenix was able to research whether mice were developing neurotoxicity after being given fluoride, and she found that it lowered their IQ and ability to remember learned behaviors.

Places in China have high levels of naturally-occurring fluoride, and the people have lower IQs.  4 ppm (parts per million) of Fluoride in the water lowers IQ 5-10 points. Fluoride works topically, not systemically, so there’s no reason for it to be in the water.  Most of it ends up in streams, thus affecting fish.

Fluoride is toxic to fish: rainbow trout and salmon are very susceptible to it.

The drug industry knows about aluminum fluoride; it affects cell membrane communication systems and ion channels, such as the calcium-ion channel. Dr. Young saw atrial fibrillation in 70-80 year old people many years ago.  Now, it’s happening to 40-50 year olds.  She wonders if it could be due to the fluoride messing up the calcium channel.

The main place fluoride works on the cell – transferring information into the cell – is with G-protein coupled receptors; these help to transfer your hormones into the cell, so fluoridated water can cause hormone abnormalities and dysfunction of the hormones. Drug companies know this.

For a good lecture, go to IAOMT.org – International Association of Oral Medicine and Toxicology; go to their Conferences tab, then go to their Sept 2009 Conference – Dr. Phyllis Mullenix has an hour and 15 min. lecture on cellular receptors and fluoride. She was hired by the American Dental Association (ADA) and went to work for Forsyth Dental Institute in Boston to see if fluoride caused neurological damage – which it did – and they told her not to publish her paper – but she did – and she was fired! And banned from doing any research.  Her subsequent research was privately funded.

Recent research was conducted on contaminants in fluoride supplements; all of the fluoride salts come from China.  One part had 1,000 ppm (parts per million) of aluminum in the water!!!

Recent studies show no difference in fluoridated communities and non-fluoridated communities in reducing tooth decay. Brushing of the teeth is the most important thing. She suggested sending out dental assistants to schools to teach children how to brush and floss their teeth because it would be cheaper than fluoridating water, and there would be no worries about health risks.

She asked if there were any questions. There were none!