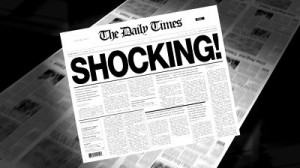 As many of you know, the Arkansas Department of Health had their quarterly meeting on July 23, 2015, and here is the meeting agenda.  You’ll see Fluoridation Update under Other Business on page 3 of their agenda. (We will have more updates and news videos to come on this meeting!)

Click here to the watch video of Jeff Stone, Director Engineering, during the ADH Quarterly Board Meeting on 7/23/2015.  (Turn your volume up.)

At the beginning, he mentions the spreadsheet / chart that was created back when ACT 197 was passed.  It mentions 37 systems that they (ADH) needed to follow-up with and give technical assistance to bring them into compliance with the fluoridation requirements.

He says, “Close to 76% of Arkansans that receive public water receive water that is fluoridated.  We’re now slightly above the national average.”  Of the 37 systems addressed, 24 are fluoridated.  Of the 9 left, 6 should reach compliance within a year and begin fluoridation.  He believes that the “progress” has been mainly due to the fact that “the Delta Dental Foundation has been willing to fund any reasonable request for equipment to initiate this process.” He mentions that there might be up to 4 systems where technical assistance on their part (ADH) might not complete the process and they might have to rely on the administrative hearing process in those systems.

Questions/comments during the meeting:
Clark Fincher, M.D. and past president of the Arkansas State Board of Health, mentioned that fluoridation was contingent upon grant money from Delta Dental in some districts to be able to afford to do it. Delta Dental’s initial commitment was $500,000… but they have currently funded up to eight or nine MILLION dollars to fluoridate!

Secure Arkansas doesn’t believe that Delta Dental actually thought $500,000 would be enough to pull off the fluoridation mandate.  Looks like a classic bait-and-switch tactic to us!

Also, at the end of the video, Miranda Childs-Beebe (a dentist and past 2014 president of the Arkansas State Board of Health) asks, “How long are we going to [sic] wait before any kind of… action will be taken against the water systems that we know are not in compliance and not even making any steps to being in compliance?”  Her question is referred to Reggie (Reginald Rogers, J.D., Deputy General Counsel for the Arkansas Department of Health).

Take notice of the smirk on Miranda’s face when this is mentioned. Again, it seems that some of the board members want to bully the water operators into putting this dangerous drug into our water supplies.

Reginald Rogers says that they’re following Administrative Procedures regarding water systems that aren’t making an effort to be in compliance with the law (ACT 197).  He has gone out on a limb with a risky statement like this, and he needs to review:

Title 42 § 1983 of the U.S. Law:
Every person who under color of any statute, ordinance, regulation, custom, or usage, of any State or Territory or the District of Columbia, subjects, or causes to be subjected, any citizen of the United States or other person within the jurisdiction thereof to the deprivation of any rights, privileges, or immunities secured by the Constitution and laws, shall be liable to the party injured in an action at law, Suit in equity, or other proper proceeding for redress, except that in any action brought against a judicial officer for an act or omission taken in such officer’s judicial capacity, injunctive relief shall not be granted unless a declaratory decree was violated or declaratory relief was unavailable.  For the purposes of this section, any Act of Congress applicable exclusively to the District of Columbia shall be considered to be a statute of the District of Columbia.

Back to the ADH board meeting – then Jeff Stone mentioned that an enforcement action which was taken against one system and also that Watson Chapel (near Pine Bluff) has fluoridation equipment in place and inspections should be taking place within the next week to 10 days after the ADH quarterly board meeting.

Why is Delta Dental so concerned with water fluoridation??  Is it for the children, or could their motive possibly be investments and/or money?

Remember what happened with SB 359/Act 197 Fluoride Mandate bill from 2012?  Most of the legislators that voted for SB359 received a campaign donation from Arkansas Dental PAC for their YEA votes for the fluoride mandate bill.   This data was collected from the Arkansas Secretary of State website filings on each individual legislator.  You can do your own search here (ie. type in “Arkansas Dental PAC” and the year in the search boxes to bring up pdf files of PAC quarterly reporting forms, but that site isn’t very user-friendly).  The initial start-up costs came from Delta Dental of Arkansas.  Some legislators received over $4,000 for this ONE VOTE.  This can be validated at this website.  Click here for the House vote on SB 359, and click here for the Senate vote.

Big money is involved all the way around!  See below for information that could possibly expose Delta Dental and their questionable practices of shuffling money around the country.

If these fluoride pushers can dampen our public concerns and silence our outcries by doling out big money for fluoridation to our legislators, government officials in health care, government regulators, and others, then this will help delay any upcoming crippling litigation to all the companies involved in this scheme of fluoridation!

This isn’t just affecting Arkansas or the United States.  Mekorot, Israel’s supplier of drinking water to the public, has been named a defendant in FOUR BILLION DOLLAR NIS CLASS ACTION LAWSUIT filed for injuries to Israeli citizens from fluoridated water.  Click here to read about the billion dollar class action lawsuit for fluoride damages. (NIS stands for New Israeli Shekel, their currency in Israel.)

The Israeli Minister of Health wrote: “It must be known to you that fluoridation can cause harm to the health of the chronically ill,” including “people who suffer from thyroid problems”.  On April 13, she also had this to say about her decision:

“My decision to stop fluoridation was because Israel fluoridated all the water for residential use. In fact, less than 2% of the water is used for drinking. Fluoridating the washing-machine water, dish-washer water, baths, toilets and gardening are actions without logic. Physicians told me that fluoridation can harm pregnant women, people who suffer from thyroid problems and the elderly. I was exposed to studies from the world that raise the suspicion that too much fluoride can harm teeth and bones. In the current state we receive fluoride from several sources: drinking water, toothpaste, cooking water, vegetables, and it is impossible to know what’s the dose we absorb. The WHO [World Health Organization] published a study, which shows that there is no difference between cavity levels in countries that fluoridate and do not fluoridate. Because of this, with all considerations and interests combined, I think that continuing massive fluoridation of 100% of the water was not right and many also think that it harms the basic rights and the freedom of choice.”