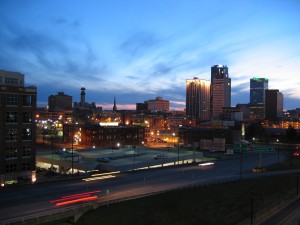 This is a permanent amendment to our Arkansas Constitution for sales tax anticipated revenue bonds, “star bonds.”

Following is an excerpt from an article by the University of Arkansas, Division of Agriculture, entitled Giving Cities and Counties Additional Financing Powers:

This proposed constitutional amendment would provide counties and cities with three new powers. Those powers would be:

(2) The ability to issue bonds to retire unfunded liabilities of closed police and fire pension plans, and the ability to ask voters to approve a sales and use tax to pay the bond debt. The tax, which would require a vote of the people, would expire when the bond debt has been paid. This amendment would only apply to cities and counties that consolidated their closed pension plans with the Arkansas Local Police and Fire Retirement System.

(3) The ability to use special revenues to pay principal and interest payments on short-­term debt obligations. Amendment 78 currently allows only the use of general fund revenues, and road and solid waste revenues on road and solid waste projects. The amendment would also eliminate existing language referring to specific interest rates that were voided by a previous election.

Who would benefit from this ballot issue?

Secure Arkansas agrees with the following article sent to us by the patriot, Joe McCutchen, in Fort Smith:

Ballot Issue 2 is a dictatorial issue which permits state agencies (unelected appointees & what state agencies?), and/or the General Assembly to set sales tax rates, unlimited acquisition of land (taken by force by Eminent Domain) development, redevelopment, etc. or a combination thereof within the city of Fort Smith or the county and subsidized by taxpayers….allows the city or county to issue bonds, and levy a local sales & use tax for retiring unfunded mandates.

Issue 2, if passed, will authorize an amendment to the Arkansas Constitution to authorize cities & counties to create “districts” within the city or county for development or redevelopment.

This is right out of the playbook of Agenda 21 (with Files carrying the water in all likelihood in this case for Richard Griffin and other landowners in or near the Arkansas River waterfront and will allow the development of said areas with taxpayer funds, coupled with New Market Tax Credits).

Why have we not heard City Manager Ray Gosack and the Fort Smith City Board of Directors discuss this roundly in a public forum? This Issue will destroy property rights and freedom of movements.

Take the time to read this information and apprise the citizenry of the corruption of the perpetrators. Senator Files does not represent the taxpaying citizens, only the consummate insiders who profit. Observe who the donors were to the Senator’s campaign at the Finance Section of Secretary of State’s website.

Agenda 21 has penetrated every community. Files, and his enablers have done an excellent job in making this Issue 2 sound so inviting, and on the other hand so difficult to understand….for certain, Files & Griffin did not write Issue 2.