Treaties of the U.N. are International Law, Including The Disabilities Treaty 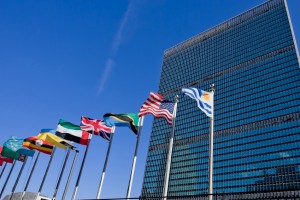 Do you believe that unelected, unaccountable UNITED NATIONS bureaucrats should make decisions for U.S. children with disabilities?

Below is a picture of President Obama signing the order for the U.S. to become a signatory to the Convention on the Rights of Persons with Disabilities (CRPD) on June 30, 2009.   Found here: http://www.usicd.org/template/index.cfm
Photo taken by Rehabilitation International

After passing through the U.S. Senate Committee on Foreign Relations in July 2012 and being brought up for debate and a vote on December 4, 2012, the resolution of advice and consent to ratification was not agreed to in the Senate; by a vote of 61 in favor and 38 against, it was defeated.  This was aided in large part by concerned people calling and emailing their U.S. Senators, encouraging them to oppose the Disabilities Treaty.  Unfortunately, UNCRPD is back again.  We are calling on you to help stop it – again.

If ratified, UNCRPD would become a treaty between the United Nations and the United States, and could cause international law to be implemented.  Supporters of this treaty argue that it would further protect children with disabilities and that it would not threaten parental rights… but Secure Arkansas believes it would (as U.N. policy does) take power away from where it belongs and put it in the hands of unelected, unaccountable U.N. bureaucrats.  Jeannie Burlsworth, Secure Arkansas Chair, states: “We can’t surrender our freedom to the collectivist United Nations!  They are operating under the principles of communism and promoting international law.  We do not elect them, and so therefore they are unaccountable!  If our lawmakers sign one treaty, our history proves – they always come back for more.  Remember the Small Arms Treaty?  We must encourage our Senators to oppose this Disabilities Treaty which threatens the sovereignty of the United States and the rights of parents.”

Currently in the U.S, the law regarding families with disabilities is that the parents make their own decisions regarding their children, unless there’s proof of harm. Parents are the presumptive decision-makers.  However, if UNCRPD were implemented, under Article 7 of that Treaty, authority over the child would shift from the presumptive parents to “what’s in the best interest of the child”; thereby changing not what is decided but who is deciding it.  And the phrase “best interests of the child” is a legal term used in neglect cases!

Click here to read the full text of the United Nations’ Convention on the Rights of Persons with Disabilities (UNCRPD).

On Tuesday, July 22, 2014, it was passed out of the Senate Committee on Foreign Relations, and IT MAY BE BROUGHT TO THE SENATE FLOOR FOR A FINAL VOTE AT ANY TIME!  It was next to impossible to find out WHO brought this treaty up in committee in the first place.  We used information from this page to call and find out who sponsored the bill.  No surprise: it was Senator Robert Menendez of New Jersey, the Chair of the senate committee.  Click here to see the names and photos of the Senate Foreign Relations Committee members.  FYI:  the Senate Committee on Foreign Relations is one of the most powerful and dangerous Senate committees in our government.  They seem to work with the U.N. and for the U.N.  We cannot allow U.N. policy (or what they refer to as simple “commitments”) or international law to dictate OUR own policy, especially in the lives of these children.  We must continue to make our own policy based on our United States law, not that of the communistic United Nations.  Any politician in Congress or at the state level, any organization, any corporation or business… ANYONE that supports this or any treaty of the U.N. is building a One World Government and, correctly termed, a New World Order.  And using disabled people as the cover for this treaty is shameful!

After doing a LOT of digging, we found a link to this page referencing the Senate Foreign Relations Committee Business Meeting held on July 22, 2014 about UNCRPD. There is NO bill number or resolution number, other than what was used in 2012 (Treaty Document 112-7).

On that page, after we clicked the link on the top right, we were brought to this page containing the Resolution of Advice and Consent to Ratification of the Convention of the Rights of Persons with Disabilities.  It appears to be from theSenate Committee on Foreign Relations on July 31, 2012 referenced on the last page of this document by the Congressional Research Center.

After calling the Majority and Minority offices of the Senate Foreign Relations Committee on Thursday, July 24, 2014, and asking for a new document number for the Disabilities Treaty (and being told to Google the information ourselves), we found the old Treaty Document 112-7 from 2012.  It appears to us that there is a HUGE cover-up regarding the recent activity of this treaty, especially since this was passed out of the Senate Foreign Relations Committee on July 22, 2014!

And during our search, we found this link showing many, many U.N. Treaties still pending in the Senate (as of May 7, 2014).  UNCRPD from 2012 is shown under number 32 – the OLDER page. Why hasn’t this information been updated??

The Congressional Research Service drafted and released “The United Nations Convention on the Rights of Persons with Disabilities: Issues in the U.S. Ratification Debate”.   In this interesting 26-page document, viewpoints of each side of the debate are addressed.  If you don’t click on any other document in this email – and you want to become familiar with this issue – CLICK ON THE LINK to this document (above).  FYI:  when the article mentions “State Parties”, this means countries – NOT a state in the United States or an American political party.  (See page 21.)  From that document:

“Although the Convention does not define disability, it does identify which individuals may qualify as persons with disabilities, including “those who have long-term physical, mental, intellectual or sensory impairments which in interaction with various barriers may hinder their full and effective participation in society on an equal basis with others.”56 During negotiations for the Convention, an explicit definition for disability was intentionally omitted so that the term could be altered “depending on the prevailing environment from society to society.”57 As previously discussed, to clarify the U.S. position on how disability would be defined under the Convention, the Administration proposed, and SFRC adopted, an understanding stating that the term will be defined coextensively with its definitions under domestic law.58″  [highlight emphasis ours]

Also from that article (page 16), reference is made to CRPD as an Instrument of U.S. FOREIGN POLICY.  This looks like it will create a unelected, bureaucratic Disabilities Committee:

Supporters also emphasize that as a leader in disability rights, the United States could work within the framework of CRPD, such as in the Conference of States Parties, to provide expertise, guidance, and technical assistance to countries that seek to improve the well-being of disabled persons, particularly in the areas of education, employment, and accessibility. Moreover, many supporters suggest that, as a State Party,the United States could engage with the Disabilities Committee to nominate and vote for committee experts—including, perhaps, a U.S. citizen—to leverage U.S. expertise and influence the work of the committee…

…Critics also express concern regarding CRPD provisions that would obligate the United States to report to the treaty’s monitoring body, theDisabilities Committee.  [red font and highlight emphasis ours]

Continuing on analyzing this document, it looks like the motive here is MONEY and the U.N. demanding the eventual compliance of other countries with CRPD under the auspice of American business and job creation.  It creates a huge global market.  More from the article (top of page 18):

Ultimately, CRPD’s impact on disability rights and on the scope of the global market for disability-related services, expertise, and products will become more apparent as individual countries begin to implement the Convention’s provisions.
[highlight emphasis ours]

They tell on themselves!!  And there’s a reference to parents in the article:

Supporters of the Convention, including the Obama Administration, maintain that CRPD would not undermine the rights of U.S. parents. They contend that existing federal, state, and local laws provide adequate protection for parents to do what they believe is in the best interests of their children.

This, coming from the man who we believe has a forged birth certificate.
DO YOU BELIEVE THE OBAMA ADMINISTRATION??  We do not find this administration very credible.

We believe that the U.N. is expecting to have greater control of ALL the children… via the U.N. Convention of the Rights of a Child!

For those of you who homeschool your children, we applaud you for removing them from government-controlled schools that have been indoctrinating our children for years and dumbing down our population.  (Yes, we think Common Core is unacceptable for our children.)