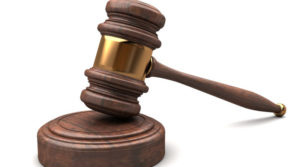 Secure Arkansas is thankful that this lawsuit is moving forward. Parents need to DEMAND zero tolerance for sexual assaults on children, especially when coaches and staff have knowledge of what was happening. Sexual assault is wrong, unacceptable, and appalling conduct, and this cannot be ignored. Hold these people ACCOUNTABLE!

Fort Smith Attorney Joey McCutchen announced that he filed a Title IX action in federal court against the Huntsville School District. The lawsuit arises from the Huntsville School District’s deliberate indifference and actual knowledge of sexual assaults of multiple students and its failure to promptly and properly investigate reports of sexual assault.

The sexual assaults involved members of the ninth-grade boys’ basketball team engaging in what was called “baptism” and “bean-dipping.”  “Baptism” refers to basketball players restraining other students while other players placed their genitals on or in the faces of the restrained students. “Bean-dipping” refers to a student forcibly placing their rectum and anus on the face and particularly the nose of another. Several children were repeatedly sexually assaulted, with at least one student being abused fourteen times.

A student notified former Huntsville Middle School Basketball Coach Kaleb Houston in or around October 2020 about the sexual assaults. A parent of a student who was a basketball player on the Huntsville Middle School team also sent a text message to Coach Houston notifying him of the baptisms and bean-dipping. Coach Houston failed to take any corrective action or report the matter to school administrators or the Arkansas Child Abuse Hotline, as required by Arkansas law. Coach Houston resigned on August 2, 2021, after the sexual assaults were formally reported to the District and an investigation had started. Before his resignation, but after the formal investigation had already started, Coach Houston was permitted to conduct interviews of the students involved despite having actual knowledge of the sexual assaults before the formal report had been made.

McCutchen previously filed a Complaint against the Huntsville School District and Huntsville Public Schools Board of Education for violating Arkansas’ Freedom of Information Act (“FOIA”). That lawsuit arose after it was discovered that the Board held a meeting to consider disciplinary action against the perpetrators of the sexual assaults without giving notice to the media. The Board also failed to record the meeting.

In the disciplinary meeting described above, the Board reduced the punishment for two students (who actually committed the sexual assaults) from one year to simply an expulsion for one semester with virtual learning. The students who were involved in forcibly restraining students so that they could be sexually assaulted received no punishment. At least two of the perpetrators have parents that work for the District, and one of the Board members is related to a perpetrator.

McCutchen said, “The Huntsville School District had knowledge that these children were being sexually assaulted and did nothing. The investigations and punishments were conducted by people with obvious conflicts of interest. The result was that the perpetrators either received no meaningful punishment or no punishment at all. This creates a hostile educational environment for all students because these perpetrators are now back in school and playing sports like nothing ever happened.”

He continued, “We should be able to trust that our children are being protected from sexual assault in our public schools. The entire Huntsville School District has betrayed the trust of children and their families and they need to be held accountable.”

Attached is the filed Complaint.

“Protect the 7th Amendment; it’s the one that protects all the rest.”