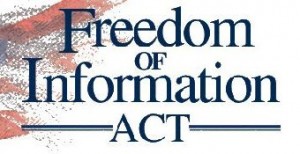 The FOIA — Freedom of Information Act — is for transparency and allows the public ability to access information.

Anyone who tries to block this process or abuse the public’s right to transparency regarding our right to know, is in violation of the Arkansas FOIA law and needs to be prosecuted.

Many elected officials and government agencies are working AGAINST the FOIA which would block us from being able to gain access to government documents. If these agencies and officials are above board, they should have nothing to hide!

Lately, there have been many FOIA violations, most recently in Jonesboro and Fort Smith. You may recall, previously, the Huntsville School District attempted to cover up information happening there.

So, Secure Arkansas stands with and commends Attorney Joey McCutchen and the McCutchen law firm as they are fighting for FOIA requests to be honored and our Sunshine Law to be respected in this state. McCutchen has stated:

“Only by ensuring that the Freedom of Information Act is preserved and enforced can we hold government officials fully accountable.”

That is true, and he is holding the government and our public servants accountable for more transparency as public officials supposedly go about doing the taxpayers’ business in a fully transparent way, especially the Fort Smith City Council and the Jonesboro Public Library.

The McCutchen law firm has been successful in holding government organizations accountable regarding FOIA requests in Arkansas. Mike Masterson has written a great article about what is happening in the prominent cities of Fort Smith and Jonesboro, and we simply wanted to draw your attention to it.

The Craighead County Jonesboro Public Library system has now settled the lawsuit and agreed to a training session on the requirements of our Arkansas open-meetings law. McCutchen stated:

“Citizens have the right to know how their tax dollars are being spent, especially when a library has a huge annual budget. Accountability matters.  It is the Library’s job to fully disclose that information in a timely and complete manner. Otherwise, it gives the appearance of impropriety.”

Earlier this month, McCutchen had urged the board to delay the February 8 special tax election, and Talk Business released this article on December 21, 2021. Here’s a snippet about the Fort Smith sales tax election being cancelled:

In separate unanimous votes, the Fort Smith Board of Directors on Tuesday (Dec. 21) voted to stop the Feb. 8 sales tax extension election they approved Nov. 16. Directors said they needed to step back and better educate voters and get voter input.

Whenever public servants have secret meetings and/or illegal voting and violate the open meetings provision behind the backs of the taxpayers, there could be misappropriation of funds or other wrongdoing occurring, so let’s keep questioning suspicious looking things… After all, the public servants are using taxpayer funds — OUR money.

“The more that government becomes secret, the less it remains free.”

That’s a quote from James Wiggins in 1956 when he was an editor for the Washington Post.

All state organizations, all government agencies and employees, state universities, and basically any information that is generated with our tax dollars falls under the Arkansas Freedom of Information Act of 1967. This means that all records and all mediums should be open and accessible with very few restrictions.

If you are having trouble acquiring proper documentation for your Freedom of Information requests in your area, please contact Joey at 479-806-4878. He’ll be happy to assist you.

Here is the previous press release for the Jonesboro area.

On November 10, 2021, the Library admitted to violating FOIA by not giving notice of a subcommittee meeting. See attached Agreed Order from the initial FOIA violation.

Today the Craighead County Jonesboro Public Library again agreed to violating the Freedom of Information Act by failing to provide requested records and by redacting certain information from the backs of checks. Attached is a copy of the Agreed Order in the second FOIA case.

The current lawsuit arose after the Library failed to produce documents requested by Darrell Cook through several FOIA Requests. Notably, the Library failed to turn over various financial documentation including official source documents from the bank. The Library also, without explanation, provided several checks that had been altered or redacted and no longer contained any information including signatures in the endorsement section. These checks were all made payable to “Consuelo’s Cleaning Services LLC.” FOIA does not permit the Library to alter or redact  this type of information.

McCutchen, upon filing the second complaint,  said, “Citizens have the right to know how their tax dollars are being spent, especially when a library has a huge annual budget. Accountability matters.  It is the Library’s job to fully disclose that information in a timely and complete manner. Otherwise, it gives the appearance of impropriety.”

McCutchen added, “ While folks in the Jonesboro community have strong feelings and differing views regarding sensitive materials in the library, all community members should embrace  that it is vital that public business be conducted in an open and public manner. Only by ensuring that the Freedom of Information Act is preserved and enforced can we hold government officials fully accountable.”

“Protect the 7th Amendment; it’s the one that protects all the rest.”

And here is the previous press release for the Fort Smith area:

Attorney Joey McCutchen announced that Citizens Against Unfair Taxes will hold a press conference at 11:30 a.m. on Tuesday, December 14, 2021.  Citizens Against Unfair Taxes is a group opposing the proposed .25% sales and use tax and the .75% sales and use tax within the City of Fort Smith that will be on the ballot on February 8, 2022. The conference will be held at McCutchen Sexton Napurano -The Law Firm, at 1622 North B Street, Fort Smith.

McCutchen states that .25 sales and use tax was originally a 10 year sales and use tax starting on October 1, 2012 and running for a period of 10 years used for fire department purposes and park and recreation purposes. Now, the Fort Smith Board of Directors has referred this proposal to the people for an astounding 20 year period until September 30, 2042, without any public input and no discussion in the Board’s November 16 meeting.

With regard to the .75 sales and use tax, McCutchen stated, “the City has violated administrative order after administrative order  focused mainly on the City’s illegal Sanitary Sewer Overflows for decades and claims north of $900,000,000 total to be paid by Fort Smith residents to comply with the January 2015 consent decree. Fort Smith residents have been forced to live in dangerous and unsanitary conditions for decades, and now the City Board, without discussion or public input, has foisted upon her citizens in a little under 2 months a February 8, 2022 special election, which will cost the taxpayers at least $150,000,000 over a 10 year period.“

Arkansas ranks #3 among states with the highest average combined state and local sales tax rates, according to The Tax Foundation, McCutchen said. He added, “The people of Fort Smith are struggling with historic utility rate increases, extraordinarily high and uncertain water bills, and recent millage and property tax increases —in addition to the 9.75% regressive sales tax rate in Fort Smith.”

Members of the media are invited to attend and participate.

Let’s do our best to keep holding our public officials accountable!