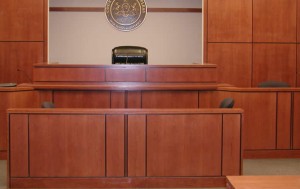 CORRUPTION AND EXTORTION RAMPANT IN ARKANSAS!

Necessary Lawsuits Have Been Filed!

ACTION ALERT – Meeting Notice:  A special meeting has been called in Harrison, Arkansas, by the dubious Ozark Mountain Solid Waste District for Monday morning, July 2, 2018. Those who CAN attend SHOULD attend.

You’ll want to arrive early, and the meeting will be in the same building as the police department. Parking is available on Spring Street about 2 blocks west of the square or across from the Harrison City Library.

This meeting will address the outrageous and illegal $18 trash tax/”service fee” which is affecting all SIX counties IN THE DISTRICT:  Baxter, Boone, Carroll, Marion, Newton, and Searcy.The service fee was proposed last year by the solid waste district’s court-appointed receiver, Geoffrey Treece, who is trying to recover $13.2 million after the district defaulted on bonds used to purchase the now-closed, hazardous NABORS landfill in northwestern Baxter County. (NABORS is an acronym for North Arkansas Board of Regional Sanitation.)

According to this Harrison Daily Times article dated July 1, 2018:

Baxter County Judge Mickey Pendergrass, also chairman of the board [of Ozark Mountain Solid Waste District], said one item on the agenda will be discussion of lawsuits filed against the district.

Yes, the trash tax is courageously and rightfully being challenged by Fayetteville attorneys at law Matt Bishop and Wendy Howerton.

Also according to the news article:

Attention, readers! Beware! It appears that the Ozark Mountain Solid Waste District is regrouping and re-assessing their schemes and strategies… And who is profiting from this whole landfill debacle? Follow the money — the crooks are scattered everywhere. The dirty hand of politics is at work to conceal and cover up records, players, and information! Remember, NABORS landfill in Mountain Home is a very toxic Class 1 landfill. That area has been receiving toxic debris from out of state for many years now!

The trash tax/”service fee” is apparently being demanded to cover the bondholders’ investment, BUT – as common sense dictates and as also noted in the Harrison Daily Times article –

“the lawsuits filed against the district allege the bonds issued were tax exempt and […] when ‘sophisticated investors make the decision to take advantage of tax exempt bonds, they do due diligence regarding their investment and require adequate security, knowing that the possibility of default exists’.”

And if it weren’t enough that they’re demanding YOUR money via YOUR property tax assessment to cover the BONDHOLDER’S so-called losses … it appears that GIF Funds are involved, too!

If you’ve read Part 8 of our “Extortion in Arkansas!” alerts, you’ll recall that we mentioned the Northwest Arkansas Economic Development District (NWAEDD) and the General Improvement Funds (GIF) may be involved with the NABORS Extortion Landfill deal. Crimes have already been involved with the General Improvement (GIF) Funds and Northwest Arkansas Economic Development District (NWAEDD), with more indictments to follow! Be patient, folks. This year, you will see more corrupt legislators and players exposed for their underhanded dealing! This is NOT the time to sit back and relax, dear reader… Looks like lobbyists, banksters, Big Business, and politicians have dirtied their own hands with corruption, and it needs to be exposed!

The Arkansas Supreme Court sided with former state lawmaker Mike Wilson that leftover state dollars meted out to eight planning and development districts by the Arkansas Legislature is “unconstitutional.”

CRIMINAL CORRUPTION IS AT ITS PEAK!  The Eastern and Western districts of Arkansas is currently being investigated for political corruption! Not only do GIF Funds need to be investigated, but so does this entire trash tax scheme, and search warrants need to be issued!

These are all conduits for large amounts of federal and state grant money with very little transparency and accountability, and this is unacceptable! Millions of TAXPAYER dollars have been spent on NABORS landfill just in engineering fees!

All eight Arkansas Planning and Development Districts should be dissolved. If any projects for the cities and counties are required, they should be submitted directly to the Arkansas legislature for approval. Let’s get the corrupt middleman out of government! The total 2017 operating expenditures for the Economic Commission were $85,892,004.

Now, back to the NABORS landfill trash tax/”service fee”… Just exactly HOW did taxpayers in that six-county area get put on the hook? BY COURT ORDER!  Here is that court order, signed by Pulaski County Circuit Judge Tim Fox on April 21, 2017 which allowed the 6 counties to have this unscrupulous trash tax added to their personal property tax statements starting January 1, 2018. The court order includes a three-page amendment at the end of the document naming the types of residences and businesses subject to the tax. (NOTE:  If it takes a while for the court order document to load onto your computer after you click the link, it’s because it’s a BIG file. Please be patient.)

Stay with us! Our regular readers will already be familiar with this trash tax/”service fee” issue involving corrupt government and YOUR tax dollars, but you may want to review some of our past articles (linked below) to refresh your memory:

It’s up to US, we the people, to hold the responsible parties of this fiasco accountable and stand against this ridiculous, illegal trash tax!  Be sure to attend the meeting, and share this alert with your family, friends, and others!

In closing, there needs to be some kind of judicial reversal of Circuit Court Judge Tim Fox’s unconstitutional ruling that required the taxpayers to pay off the bondholders!