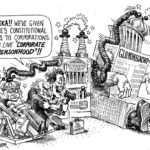 What are the weapons of Choice of the Government – Corporate Complex? “Whereas Corporations use the impervious “Shield of Limited Liability” with great effect, it is their “Deep Coffers of Influence-Peddling” that allow them to serve their narrow and selfish interests with virtual impunity. The Government, on the other hand, uses the “Threat of Criminal Prosecution“, […] 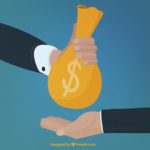 Secure Arkansas’ last article focused on bribery and kickbacks regarding ex-State Representative Micah Neal, but PRIOR TO THAT, a bribe scandal occurred in the Northwest Arkansas Economic Development District when Michael Norton was the executive director! Could this warrant further investigation? Michael Norton, Previous Executive Director, NWAWDD picture credit This is not the first incidence in which the Northwest […] 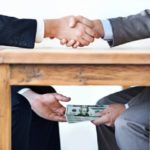 A press release was issued on January 4, 2017, by the United States Department of Justice concerning bribes accepted by a Arkansas representative and a non-named Senator from Northwest Arkansas. Representative Micah Neal, 43, of Springdale, Arkansas, pled guilty to receiving approximately $38,000 in bribes from officials at non-profit entities. (Secure Arkansas will list these entities in Part Two — a […]