LAST CALL TO ACTION For Stopping A Convention!

Immediate Call to Action: Arkansas House Republicans plan to rush SJR 3, the Article V resolution, applying for a federal convention, to a floor vote as early as Monday, February 11, 2019.

Update: Sadly, the SJR 3 resolution passed out of House State Agencies Committee, Thursday, Feb. 6, 2019. The vote was 11 to 5. That means the lethal bill is in the final phase to go through the House as early as Monday! Convention propaganda promoter Mark Meckler, Tom Coburn (pictured above, behind podium), and other lobbyist cohorts descended upon the Republican Headquaters Tuesday, Feb. 5, 2019 and looks like threatening a little arm twisting against representatives that didn’t promise to vote for their foul convention legislation (SJR 3). Lots of money at stake, dear reader!

And you may remember this picture: 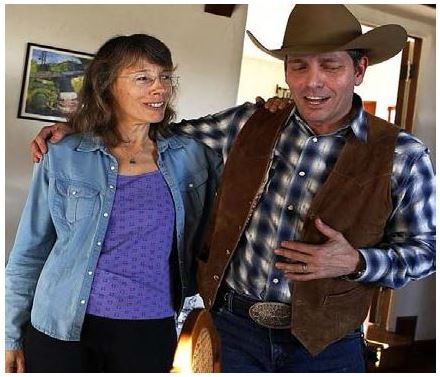 Joan Blades, co-founder and on the board for MoveOn.org, and Mark Meckler of the Covention of States (COS) are pictured above. Yes, he works with other radical groups, like Move to Amend, etc. Meckler has worked with groups like this for years now! The radical Left and the progressive Right working together… both funded by George Soros. (Meckler refused to reveal his donors when questioned by a committee member yesterday, Weds. Feb 6, in the Arkansas House State Agencies and Governmental Affairs Committee meeting.)

There you have it! A picture speaks a thousand words. George Soros is a big funder for MoveOn.org, and Meckler is the lobbyist that’s paid nearly $500,000 a year to promote propaganda in the states.

Big Question! Should it also not bother Mr. Meckler that George Soros is also funding these liberal groups and also wants an Article V Convention to take place? Would that not make one a little suspicious of their sinister motives? They want a convention called in order to rewrite the constitution! Harvard law professor, Lawrence Lessig, wants it TOTALLY scrapped!

Our state is in a very desperate and grim situation, folks! The Arkansas RINO Republicans have been taken over by the Kochs and (ALEC) dark money, and they are about to pass the dangerous Convention of States (COS) resolution, SJR 3, sponsored by Senator Gary Stubblefield from Branch, Arkansas. The highly-paid manipulative lobbyists have been busy with our Arkansas legislators because they need this win in Arkansas, very badly!

The Texas Republicans did something similar two years ago, and they lost big in their following election, thank goodness. Voters don’t respect or appreciate corrupt politicians who sell out our Constitution, do we? NO!

Strike down this federal convention, for whenever this evil creature is finally resurrected and convened:

Strike 1) The convention WILL NOT be limited in scope! It’s an open-ended federal convention!

Strike 2) AND, SJR 3 is falsely stating that when this federal convention is convened, delegates will only be allowed one state, one vote. That’s a LIE, dear reader! (Example: If the delegate rules go by electoral votes, then Arkansas has 6 votes and California has 55! Larger extreme leftist states will take charge!)

Remember, Congress will make all the rules for the convention, NOT the states or their pretended laws they are trying to pass to calm people down from being horrified at the thought of a deadly federal convention!

Strike 3) So-called “faithful delegate” laws are an absolute joke! Delegates have plenipotentiary powers (full powers) AND sovereign immunity (no accountability) for WHATEVER THEY DECIDE TO DO! So, they’re a law unto themselves at a federal convention. States are NOT in control, at all!

The bill, SJR 3, should be absolutely struck down!

NOTE! 26 states RAN from the Article V legislation last year! ALL of them! Yes, ALL! Every single one of them!

This is why every state that even considered the this radical left concept of an Article V convention has rejected it. They finally realized it would plunge our country AND our financial markets into total chaos! Former Supreme Court Justice Scalia says it’s a “horrible idea”.

SJR 3 does not even have a sunset provision, which the last state (Missouri) required before voting on it.  Decades from now scheming enemies of our Constitution could use SJR 3 from Arkansas to justify rewriting the Constitution. Remember, the mandate is 2020.

Please vote NO on SJR 3!

Readers:  do you think you might need to be concerned and help make some calls?

Call, email, and/or text your Arkansas State Representatives and ask them to VOTE NO on SJR3 that calls for an Article V Convention.Click here for ALL 100 Arkansas Representatives’ names, email addresses, and phone numbers.

More info on Meckler: So, what is wrong with Mark Meckler cozying up to different organizations (no matter how liberal) if they all want the same thing – an Article V convention? Because Meckler and the COS Project presents themselves as very conservative, they should be diametrically opposed to what Move to Amend wants and stands for. COS Project leaders also tell their supporters that the convention will be limited and held only for their conservative amendments, not for liberal ones. How can they say that? There is nothing written in the Article V that authorizes it to be a limited convention. That’s totally misleading.

Mark Meckler used to warn people against an Article V Convention of the States: In his book that he co-authored with Jennie Beth Martin, “Tea Party Patriots”, published in 2012, Meckler quotes from and agrees with political analyst Dick Morris who states:

“But no amendment has ever been passed by an Article V convention. Those who have considered such are righty fearful that an open-ended Convention could produce changes that would alter the very frame-work that guarantees us freedom. Who wants a group of politicians to have the power to repeal the First Amendment or mess with our system of elected representatives? More likely any convention would get so tangled up in such issues as abortion, gay marriage , and gun control that it would never be able to address anything else.” p. 106 (Emphasis added)

Now lobbyist Mark Meckler and other conservative leaders are all for a COS Convention.

So, what happened to change their minds since 2012? Could it be all the dark money that is pouring in, wanting to support this nasty federal convention?

Couldn’t conspiring men/women disguise themselves as patriots, attend as delegates, and then propose that the U.S. Constitution be scrapped as an old, outmoded, out-of-date document? As stated above, should we not be rightly fearful that it would be an “open-ended convention and would alter the very framework that protects our freedom?

This powerful promoter of propaganda guides the details of the Con-Con and influences legislative bodies across the country! What a sham!!! This man has been exposed! He should have NO creditability to influence votes.