Big Pharma Drugs and their Connection to MASS SHOOTINGS 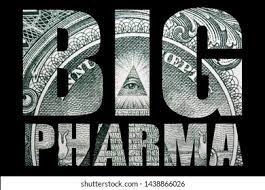 Over 90% of the School Shootings are Linked to Antidepressant Drugs

Big Pharma is Guilty of the Killing of our Kids

With all the mass shootings breaking out across America, Big Pharma’s psychiatric drug connection is being ignored. Instead, our politicians are attempting to use these tragic events to impose gun control restrictions on the 2nd Amendment of the U.S. Constitution… rather than addressing the true root cause.

Many have speculated that the side effects from taking certain prescription drugs and/or the withdrawal from taking them have been a factor in school and campus shootings.

A certain class of antidepressant drugs, known as selective serotonin reuptake inhibitors (SSRIs), has been linked to a number of the most serious incidents of violent crime on school and university campuses.

Reuptake is an important brain process that we need to understand as a society, especially if you have friends or family members with mental health problems.

Reuptake is an important brain process to understand if you have borderline personality disorder (BPD) or any other mental health problem. Why? Because many medications used to treat mental health disorders work by altering a number of particular neurotransmitters in the brain. Reuptake is a key part of this process.

This is shocking! Let’s observe what’s going on here. Read the bulleted list of medications and the side effects below.

Also, if you’re pregnant, you should be well-informed before you take any of these medications. Antidepressants and pregnancy are a dangerous combination.

A mother taking Prozac, Zoloft or other antidepressants of this type are increasing their risk of bearing a child with autism. It is a significant risk; they are twice as likely to have an autistic child as a mother who stays away from these drugs. 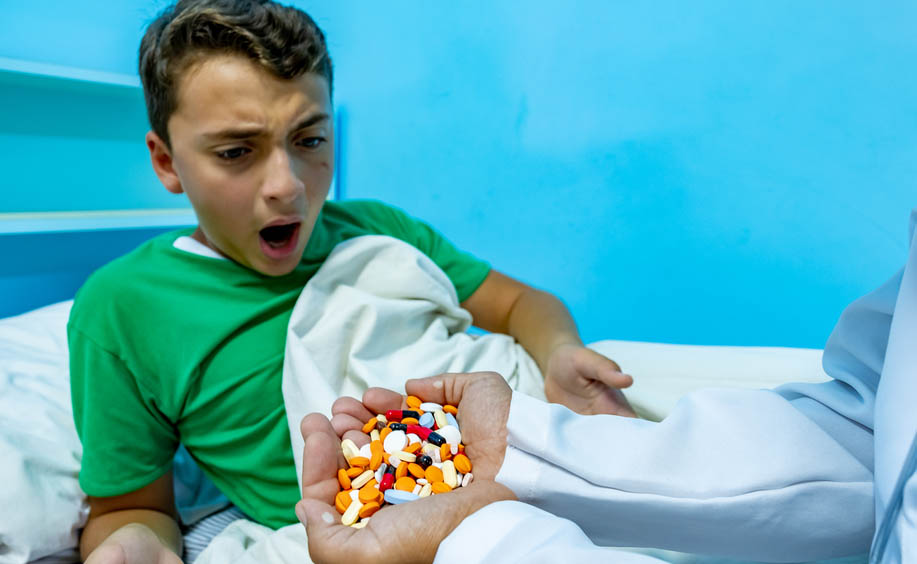 The category of some of the SSRI antidepressant drugs includes:

Lexapro may increase incidents of suicide and/or suicidal ideation (the thoughts of suicide).

The risk of suicide and suicidal ideation is higher in young adults, teenagers, and children.

Incident rates of suicide and suicidal ideation tends to occur more in the first few months of taking Lexapro or when there is a significant change in dosage.

Lexapro has been widely used during pregnancy but has been linked to a number of birth defects. Some of these effects are severe, permanently debilitation or may cause death.

Here is information on the Lexapro Lawsuit.

This is a table for psychological and behavioral symptoms of amphetamine use:

Side effects and risks associated with the long-term use of ADHD medication include:

According to the University of Regina research, popular SSRI (Selective Serotonin Reuptake Inhibitors) antidepressant medications, such as Prozac, Paxil, Lexapro, Zoloft, etc., are associated with a twofold increase in the odds of developing some form of cognitive impairment, such as dementia, including Alzheimer’s.

When the studies involved people under 65, the risk was threefold, perhaps reflecting longer drug use, Mousseau said.

So, what about justice for those affected? Here is the current status of the SSRI Lawsuits.

Several of the manufacturers of popular selective serotonin reuptake inhibitors (SSRIs) have been involved in numerous lawsuits concerning suicides, birth defects, and illegal marketing practices. Specific antidepressants include Zoloft®, Prozac®, Paxil®, Lexapro®, and Celexa®. If you or a loved one has suffered injuries after taking an SSRI antidepressant, please contact an experienced lawyer today to review your legal options.

After reading about the monstrous side effects from taking these drugs, it wouldn’t hurt to at least consider natural supplements, if at all possible.

We truly believe these dangerous drugs have become all too commonly prescribed… and unfortunately, the more aspects the government controls, the worse this corruption and mismanagement becomes.

An Uncomfortable Truth: A Look at the Corresponding Rise of Antidepressants, SSRI’s and Mass Shootings

Some of the side effects caused by SSRIs can increase the risk of violence against others. Perhaps the most risky, emotional blunting (or detachment) has been linked to SSRI use and many people who’ve taken the drugs report ‘not feeling’ or ‘not caring’ about anything. There’s also been an established causal relationship between SSRI use and psychosis and hallucinations, both of which are known to increase the risk of violence in individuals.

Gun control is obviously not the solution, as the rate of mass shootings has increased over the last 30 years, at a time when multiple gun control laws have been implemented. Taking firearms away from law-abiding citizens has not and will not stop the problem.

Widely prescribed antidepressants called selective serotonin re-uptake inhibitors or SSRIs, cause suicidal tendencies and extreme acts of violence in many patients who take them, according to Dr. David Healy, founder of RxISK.org.

It seems obvious to us that when looking at these dangerous drugs and their fierce side effects, our mental health experts should be able to predict violence before it occurs.

Mental Illness, Mass Shootings, and the Politics of American Firearms.

From this review we critically address 4 central assumptions that frequently arise in the aftermath of mass shootings:

(2) Psychiatric diagnosis can predict gun crime before it happens,

(3) US mass shootings teach us to fear mentally ill loners, and

(4) Because of the complex psychiatric histories of mass shooters, gun control “won’t prevent” another Tucson, Aurora, or Newtown.

What about what’s going on in the prisons called public schools, besides the demonic teachings of Critical Race Theory and Transgenderism?

According to Rep Bob Schaffer, R-Colo, the Department of Education has made “hundreds of special education dollars available to schools every year since 1991 for each child labeled with ADHJD (Attention Deficit Hyperactivity Disorder)

Note: The schools get extra tax dollars if they classify your child with ADHD

The support a child with ADHD receives at school will depend on if they meet the eligibility requirements for one of two federal plans funded by IDEA and Section 504: an individualized education program (IEP) or a 504 Plan.

Here is the evidence that shows that the schools get more federal tax dollars to classify your child with ADHD. Once the child is put on ADHD drugs, that child’s life will be destroyed forever. There is no going back. If the school pushes to put your child on ADHD drugs, it is time to pull that child out of school and home school them.

In this country, we spend over twenty billion dollars a year drugging children for something called “Attention Deficit Hyperactivity Disorder,” or ADHD. For that kind of outlay, we could pay the mid-career salaries of an extra 365,000 teachers, or 827,000 teachers’ aides.

This may seem like a preposterous misallocation of resources, but the situation is not likely to change until we confront an interlocking network of players who have a vested interest in promoting the medical model of “ADHD.” Let’s take a look at some of these players now, shall we?

Probably no man alive has done more to promote the diagnosis and drugging of children for ADHD – and its bastard offspring, pediatric bipolar disorder –­ than Joseph Biederman.

Dr. Biederman is Chief of the Clinical and Research Programs in Pediatric Psychopharmacology and Adult ADHD at the Massachusetts General Hospital and Professor of Psychiatry at Harvard Medical School. Once, while being deposed in a lawsuit, he gave his rank at Harvard as “Full Professor.” Asked if there was anything above that, he replied “God.”

A paper published in the April 1976 issue of the Journal of Diseases in Childhood described five cases of childhood mania. All the children described came from obviously troubled families. In three of the five cases the authors explicitly state that the mania did not develop until after the children had begun taking stimulants or antidepressants.

The five case histories give us poignant glimpses into the lives of these children. A fifteen-month-old toddler, born to a mother with a history of episodic depression, became jealous of her baby sister, and would hit the baby and steal her bottle. The paper doesn’t mention whether the child (or her mother) was offered any kind of therapy or counseling to help deal with the flood of feelings that must inevitably accompany the arrival of a new family member. Instead, the toddler was treated first with diphenhydramine, then dextroamphetamine, then nortriptyline, then phenobarbital. After the phenobarbital was discontinued, the child was kept on nortriptyline, at which point she experienced her first episode of full-blown mania, characterized by unintelligible speech, insomnia, hyperactivity, irritability, and delusional fantasies (pretending to be an airplane, she crashed into a wall and sustained two scalp lacerations). She was switched to Elavil, which made her condition worse, and then to thioridazine.

Finally the mother discontinued all the drugs, and within a month the child’s behavior became normal and remained that way at the time of follow-up at five years.

Look at this conflict of interest below!

Has the U.S. Food and Drug Administration failed to do its due diligence in finding and reporting financial conflicts of interest between members of its scientific advisory committees and pharmaceutical companies?

Over the course of its investigation, Science discovered:

Federal agencies in the hands of Big Pharma and corrupt politicians using gun control to solve violent actions gives a false hope to the public. Why? Because it distracts them from the real cause of the current state of the nation and the frequency of mass shootings.

Our medical professionals simply cannot rely on the FDA to provide unbiased and honest clinical trial information, either. It is so sad that the FDA will conceal risks and look the other way whenever drug companies want them to do so.

Tragically, the huge overwhelming political influence of the FDA and big pharma goes beyond clinical studies. For instance, FDA employees are sitting on drug companies’ regulatory boards and will stoop even to hiring their spouses.

Moreover, the big pharmaceutical companies spend BILLIONS on lobbying every year to coax our state lawmakers into leaning their way.

In closing, when we have Big Pharma filling our government offices, we can expect disastrous consequences. Our loss of liberty is looming!

We have just seen that Big Pharma has failed in properly researching, manufacturing, and marketing these injurious drugs, and just like the COVID “vaccine”, they have marketed drugs as “safe” for children and during pregnancy when the drugs were NOT safe. The criminal FDA should be held responsible, too.

Society has been deeply scarred by Big Pharma with all their injections and medications.