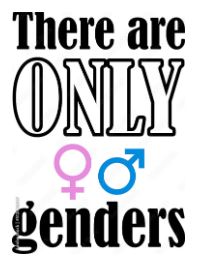 Let’s guard and protect our children.

Gladly, living in the Bible Belt of our nation, most of us feel the need to protect our children from the harmful adult entertainment industry and those suffering from gender dysphoria due to their confusion over their sex at birth.

Tragically, we are seeing the expanding of sexual definitions such as LGBTQ, which is now just shorthand for LGBTTQQIAAPPK (lesbian, gay, bisexual, transgender, transsexual, queer, questioning, intersex, asexual, ally, pansexual, polygamous, kinkiness). Pride has consumed them. We cannot afford to feed or enable this type of sexual expression of pride.

It is ridiculous how we have let this destructive agenda get so far out-of-hand. No wonder so many children are confused. Remember, it’s important how children perceive the world, and it’s good for them to see that the complementary qualities of male and female are designed by God.

The common sense bills listed below will help guard our children from over-exposure to the warped agenda of trans-activists, narcissistic perverts, or transgender Arkansans and all their deviant behaviors in this overly sexualized culture. The meaning of PERVERT is to cause to turn aside or away from what is good or true or morally right : corrupt.

Enabling transgenderism and degenerate behaviors here in Arkansas is shameful! Yes, the corrupt woke generation has an agenda to confuse and indoctrinate our children. Thankfully, our God has ordained standards and limits, and we must see to it that our children do not become unhinged from them. Therefore, Secure Arkansas highly recommends these needed bills, and we want to sincerely thank our legislative sponsors who brought them forward. They are representing their constituents regarding this matter.

For further reading, here’s an Arkansas Online article from Jan. 20, 2023: ‘Drag’ Performer Restriction Clears Senate Panel. We don’t want transgender people or people dressed in drag influencing, parading, or dancing in front of our children. It’s happening in other states. Here’s a teacher in drag dancing for students in Wisconsin. Here’s a video from Dallas, Texas as well. Their agenda is escalating, and we cannot allow it. We need to take a stand and stop this.

In the Spring of 2021, former RINO Arkansas Governor Asa Hutchinson vetoed legislation House Bill 1570 that would have made our state the first to ban gender confirming treatments or surgery for transgender youth. The legislators saw through Governor Hutchinson’s woke agenda and overrode his veto to pass House Bill 1570 which became law via ACT 626 on 4/6/2021.  Sadly, because of his liberal decision, we almost missed an opportunity to stand up to this violent woke agenda. He failed to lead strongly and competently time and time again. At least he did sign off on Senate Bill 289 allowing doctors to refuse to treat someone because of moral or religious objections. Senate Bill 289 became law via ACT 462 on 3/25/2021.

A former prominent psychiatrist from John Hopkins says transgenderism is a mental disorder. Here’s a snippet:

Dr. Paul R. McHugh, the former psychiatrist-in-chief for Johns Hopkins Hospital and its current Distinguished Service Professor of Psychiatry, said that transgenderism is a “mental disorder” that merits treatment, that sex change is “biologically impossible,” and that people who promote sexual reassignment surgery are collaborating with and promoting a mental disorder.

One final disturbing thought for the taxpayer about our government: Medicare pays for gender reassignment surgeries and hormone replacement therapy, as long as the surgery is deemed medically necessary. There are several surgeries a person needs to finish the process.

In closing, let’s keep our communities safe, especially for our children!

ACTION ITEM: Please call and/or email your legislator and let him/her know that you support these two pieces of legislation mentioned above — Senate Bill 43 and House Bill 1156 — and you want them to go through!

To find who your legislator is, click here and enter your physical address on the left-hand side under “Find my districts”. As you type it, address options will populate underneath. Choose the correct one. Then, in the map area, it will tell you your voting precinct and your Senate and House districts.

The names and contact info for all Arkansas legislators may be found here.
.